Roczen throws up during first moto at Red Bud! 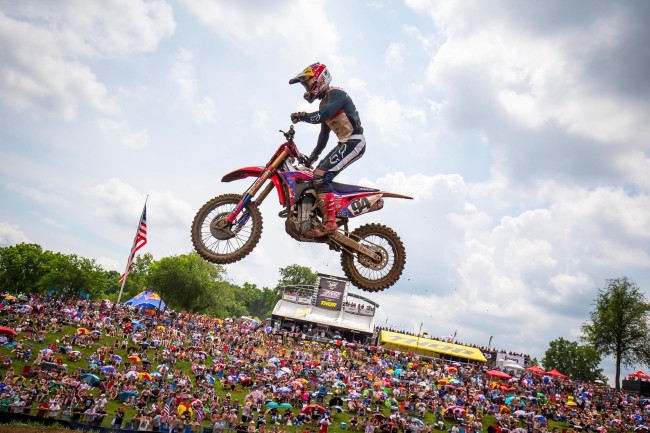 Ken Roczen’s health issues continued at Red Bud as the German, who was trying to pass Justin Bogle for fourth, suddenly slowed down in mysterious fashion, allowing Blake Baggett to him before getting up to speed again – revealed later that it was because he was being sick and had to let it out!

Roczen recovered to chase Musquin for the win in race two before fading back a bit towards the end of the moto allowing Eli Tomac to get by but the German held on for third going 6-3 on the day.

Roczen said: “Obviously I haven’t been myself, but I go out there every weekend, I don’t want to leave anything on the table. A little bit of tough luck in the first moto, I threw up with about five minutes to go. I had to really slow down, get it out and keep going, but second moto I was going to go out and leave nothing on the table, wherever that puts me.”