Roczen on a tough Florida National: It’s definitely not the weekend we wanted! 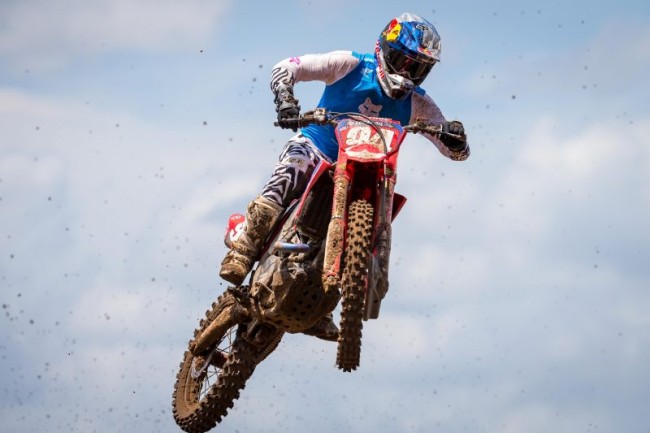 Things looked bright early for Ken Roczen in Florida when he led moto one early at the WW Ranch in Florida and, although Marvin Musquinpassed him for the win, second was still a strong result with Tomac back in seventh.

But race two proved a lot tougher for the German who could only finish tenth after a crash and struggling with the heat and humidity as Tomac won the motos and took a six point lead in the championship.

Ken Roczen 94
“Jacksonville was a tough one. The brutal conditions made for some crazy racing. I finished the first moto in second, which I was okay with. Unfortunately, I had a hard time cooling down for the second moto. I was okay until the halfway point, when I made some mistakes and went down. After that point it was just about survival and making it through. It’s definitely not the weekend we wanted, but I’ve been putting in a lot of work throughout the week. We’ll be back at it hard next weekend.”

Erik Kehoe
Team Manager
“Today was by far the toughest conditions of the year, and definitely a challenging track with the deep sand. Although I know Ken had hoped for a better result in the second moto, I think getting out of here with a sixth overall is good; we could’ve lost a lot more. Knowing the conditions were going to be so tough, he should’ve taken a lighter week so as not to overexert himself in the same conditions that we were going to race in. Next week could be similar conditions.”

Oscar Wirdeman
Mechanic (Ken Roczen)
“Today’s conditions were pretty brutal, so I think we’re lucky to be walking away with even a sixth overall. Ken rode really hard in the first moto for second and was pretty exhausted afterward, so our goal for the second race was to finish and salvage as many points as possible. Bike-wise, we tried a few settings that we found during the week in practice but ultimately switched back to our base setting