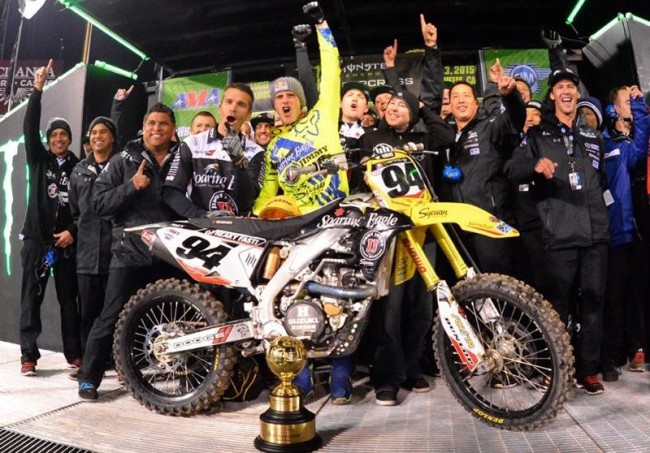 Ken Roczen’s mechanic for four years, Kelly Lumgair, will not be working for Roczen in 2016.

Lumgair, announced the separation on Instagram saying: “It’s been a great 4 years!! I just gotta tell @kenroczen94 how proud I am for being part of it. Thank him for always giving 100%, for making my job that much more fun and for being a great friend. There are gonna be so many things I’m gonna miss. #memories #proudKen”

It appears to be a reluctant departure with both rider and mechanic still good friends, but it is believed Lumgair will be going back to KTM for 2016. Lumgair didn’t really want to leave KTM in 2015 and only did so because Roczen really wanted him to remain as his mechanic this season when he switched teams.

How this will affect Roczen next season remains to be seen, but it is not an ideal situation for the super talented German, who has already been having problems with bike set-up this season.