Roczen: I felt like I was riding a BMX bike! 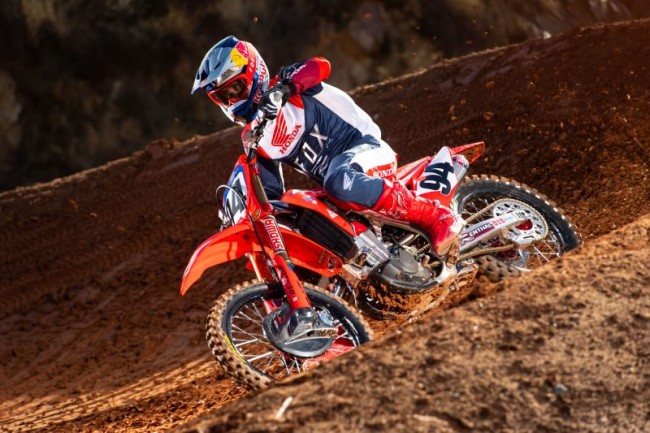 Ken Roczen says he chose the wrong bike set-up for A1 that saw the German initially be in play for a podium before dropping back to sixth place.

Roczen revealed felt he had set his bike up too stiff (for safety), making it feel like a BMX with the rough conditions making things worse but says, “ I got the speed,” as he looks forward to the rest of the year with a set-up he is more comfortable on.

First off thank you for the support to my fans, friends, family and my team! From previous experience i have set my bike up very stiff for safety reasons. I have realized that even before going to Anaheim 1 that it May be on the stiff side. At the same time i didn’t want to flip everything upside down and keep messing around with anything just before the season starts. Ultimately i wanted to get to the races and then go from there. The tracks get really rough in the main and having a too stiff of a bike doesn’t help the whole situation and conditions. I felt like i was riding a BMX bike 😂No excuse though! Not pointing fingers or anything. We all know i can be and should be up at the front. The first race is down, i got the speed and i have put in my work over the off season no doubt. This week is about taking everything a step down and come to St Louis happy and motivated! 🤙🏽🦾 📸 @align.with.us