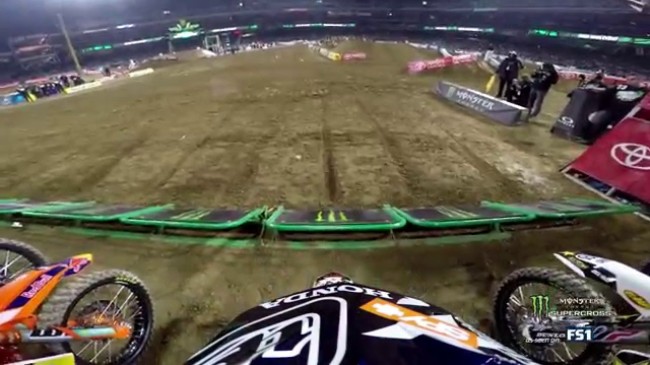 Ken Roczen appeared to take himself out of the supercross title chase after crashing into rival Cooper Webb in San Diego.

The normally cool Roczen retaliated after Webb made an aggressive pass in the turn before but Roczen mis-calculated his revenge and wheelied into Webb bringing them both down with Roczen’s right arm getting caught between the wheel and swingarm.

Roczen was taken to the medical centre while Webb tried to race on but was forced to retire with a bent-up machine.

The rivalry seems to have been caused by Roczen’s comments about his ex-girlfriend, now Webb’s partner in the off-season, that have riled Webb and seen him put a couple of aggressive moves on Roczen already this season.