RJ Hampshire on team USA pulling out of the MXoN 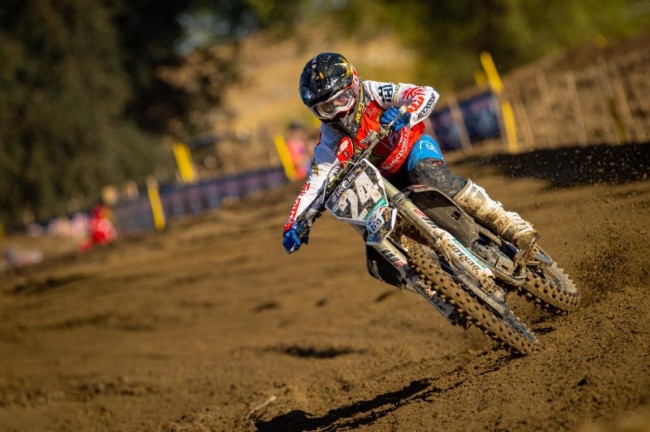 RJ Hampshire, who was slated to be the MX2 pick for team USA in Mantova, has explained his reasons for not going, even if Roger DeCoster has already stated that he didn’t know who to pick with original 450 riders Barcia and Sexton out injured.

Speaking in the press conference RJ admitted the Covid situation made things tough, even if he did really want to represent his country: “They had the three guys picked and we had a big meeting about it right before Pala. I’m born and raised American, and I would love to represent my country. So, if I got the call, 100 percent I was in. Yes, let’s do it. I thought the sickness would be gone by now and the other two guys that were on the team were also struggling with their own deals, and then when the restrictions came up, there was just no way we were going to be at our best or it’s going to be safe or for it to make sense for us to go. I would want my family to be part of that and I just straight up said, if we test positive and we’re stuck in a hotel room for twelve days or whatever it is, that’s just not fair for any of us.

“For the team, the day that we announced we weren’t going, the next day all of the hotels, all of our bikes, everything had to be sent out. Even the paddock, the restrictions over there weren’t even for sure until the following week. It was a full-on deal. None of us thought it was a good idea. I hope I have a shot to do it again next year. Like I said, I’d love to represent the country.”

Let’s hope the world is back to normal next year and the MXoN can be a top class event with every top rider and team USA and the Aussies etc all present behind the gate!