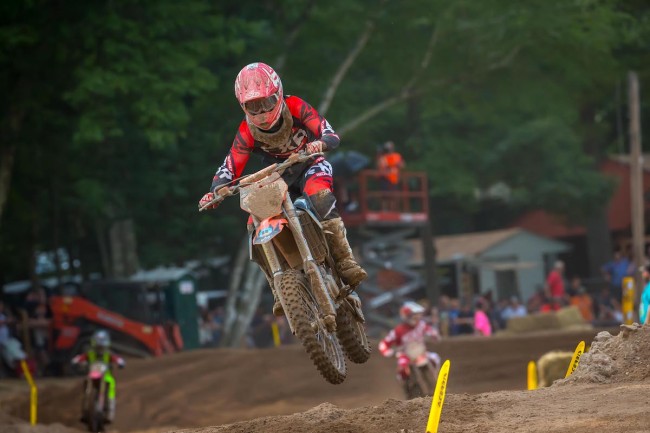 The 20-year-old racer died yesterday as a result of injuries sustained Friday night before the Unadilla National in New Berlin, New York, when he was struck by a vehicle while crossing the road in front of the paddock on Route 8. State Police have charged the 31-year old man operating the vehicle with driving while drug-impaired and vehicular assault. More charges are expected as a result of Jonathan’s death.

Jonathan first competed on a national stage in 2006 when he earned a gate at the 2006 AMA Amateur National Motocross Championship at Loretta Lynn’s in the 51cc (4-6) Class, and again in 2015 in Open Pro Sport. In 2016 Jonathan earned his professional motocross license and was assigned #210. This year the #210 competed in the Lucas Oil Pro Motocross Championship in four events in the 250 Class, including the inaugural Florida National and historic Southwick National, making the “Fast 40” in both.

Jonathan and his fiancé, Kenzie Hebbelman, were planning to marry in October and take a cruise for their honeymoon. In addition to Kenzie, Jonathan is survived by his parents and several siblings, two of which are in the military serving our country. In death, as in life, Jonathan was kind and generous, as he was an organ donor, and as a result of his generosity, others will be able to continue their life journey.

Burial services have not yet been announced. Updates will follow as soon as available.

God Speed, Jonathan. Your motocross family will miss you. Words cannot explain the heartbreak felt in our paddock today.