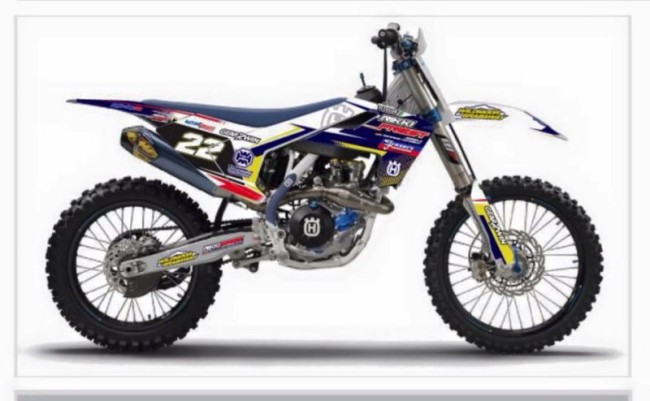 Rikki Priest, ex motocross rider and current trainer has set up a new race team for the 2016 season! Rikki will be running with Husqvarna machinery and will have a ten rider line up for the fast approaching season.

Luke burton (Amca champion MX2 2015) has been signed to head the team and will also compete in the British Championship MX1 class.

Rikki have a lot of youth riders for the up and coming season with Jack Wankling, Scott Davison and Pip Davies all on the 125cc Husqvarna machinery.

In the 85cc class Joshua Fletcher, Max Lewis and Alfie Rickwood are the riders that will represnet Rikki’s team with Elvis Totney in the autos.

All the riders will also compete in the Judd LS promotions cup. It is nice to see new teams get involved in the sport and hopefully the team can continue to grow and be a main part of the British Championship in many years to come!

Rikki would like to say a very big thank you to the following sponsors making it possible for him to run his own team:

Rikki Priest – “Very excited to have the backing of some great sponsors for 2016 which has given me the opportunity to put together a great 10 man line up From little Elvis who is only 5 years old through to current Amca mx 2 champion. I wish all the riders the best of luck.”

Luke Burton – “After a good 2015 wining the British AMCA MX2 title I feel like the time is right to move up to MX1 for 2016 in the British Championship, AMCA and IMBA international Championships. I feel like I need help to move to the next level so I’ve moved over to the WH-Marten Frasers Husqvarna UK team with Rikki Priest. Rikki will be working closely with me to try get the best out of me with my mechanic Mark Jordan and Colin Jalland from SPS suspension. I really like the new bike already, I feel like it’s the best bike to have – the fc450 husqvarna in 2016. Thank you to all my friends, family and sponsors”