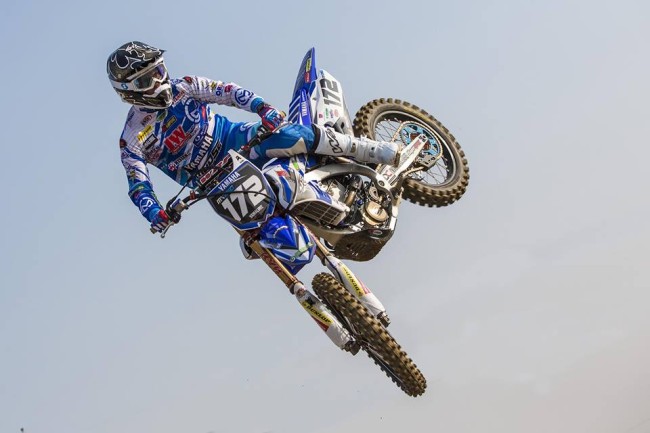 Next weekend the the GP of Argentina is on the calendar. For this third GP of the season some changes will take place in the KEMEA line-up. After a disappointing start of the season for Damon Graulus, the team has decided to let Damon recover completely from Qatar and Thailand. Brent Vandoninck, who has a good momentum going at the moment, will step up to the MXGP’s from next weekend on and will complete the season in this class. Damon from his side will get himself ready for the EMX2 championship, where he aims the title. Next to that he will participate in the GP’s where no EMX2 race takes place.

Marnicq Bervoets: “ The decision to put Brent in the MX2GP races was a though one, but I believe it was the right one. We don’t want to put Damon aside but we want to make the right decision at this moment for him, so we can get the best out of Damon for the rest of the season. Getting 1 step back can be a click for him to put two steps forward later on. The races come really fast right now and when you’re not feeling 100% percent at this moment it is hard to get over this. I truly believe Damon has a lot of potential and by giving him this breathing space I’m convinced he will show some great things this season. For Brent this will be a learning season. He is really motivated and physically able to compete in the longer races then EMX2 would be. But an MXGP race is still more intense, so also on the physical side he will need to step up. He will need to find new limits, get to know his competition and the tracks. A lot to soak in but the most important will be he builds up slowly and takes no risks.”

Damon Graulus: “ The news about the change came in pretty hard and unexpected, but in the end I have no choice. I think this decision comes pretty early after only two races. I can’t deny the first two races were really disappointing and I might have done some things wrong from my side too… The only thing I can do now is to work even harder and turn the frustrations into motivation. I want to prove I belong in MX2GP and I will work harder as ever to accomplish this.”

Brent Vandoninck: “ For me this is a dream coming true, but when I got the news I would replace Damon I had a double feeling about it. We have been good friends for a long time now and luckily it stays like that. I ‘ve prepared myself all winter long as I was preparing to race GP’s, because somewhere I hoped for an opportunity to race some GP’s. So physically I don’t expect any issues. I leave for Argentina without expectations. It will be important to get some experience and not to injure myself doing crazy thing. I really look forward to be on the gate there. This weekend I rode with the factory bike for the first time and I loved it from the first moment on.”