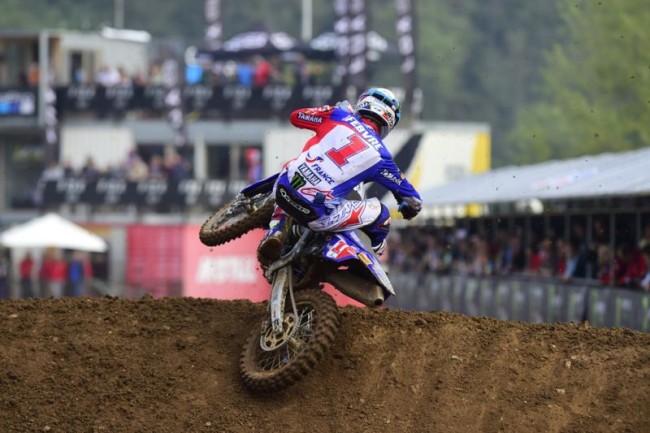 Yamaha’s 2016 Monster Energy SMX Riders’ Cup crew is ready to take on rival manufacturers on Saturday 8th October at the Veltins-Arena in Gelsenkirchen, Germany in the big showdown.

The exciting stadium style motocross race follows a similar format to the Monster Energy FIM Motocross of Nations and will see the Yamaha riders from different teams combining forces, though this time they will not be representing their home countries, instead they will be aiming to paint the stadium blue and bring glory to their manufacturer.

Following unforeseen circumstances, Yamaha has amended its previously amended rider line-up. Following the announcement of Justin Barcia’s participation for Yamaha in the SMX Riders’ Cup, he has regretfully had to decline due to a conflict with team contracts. MX2-star and 2016 MXoN champion, Benoit Paturel, was also keen to attend the event, but was forced to stay at home for logistical reasons.

“We are really excited to be able to wrap up a year of exciting motocross action with this first SMX Riders’ Cup,” commented Yamaha Motor Europe Sales & Marketing Division Manager Paolo Pavesio. “It’s a unique pleasure to be able to select a Yamaha team of top riders from across different racing teams and classes to make one formidable off-road attack force! We are confident that Romain will lead Brent and Yannis to an impressive performance, doing their best to bring victory for Yamaha and of course some serious off-road entertainment for the fans.”

At Veltins Arena Yamaha Racing will also host the Superfinale to its season-long European youth motocross championship, the YZ125 Cup. Young riders will gather to compete for a chance to attend a MasterClass motocross camp with 2008 FIM Motocross World Champion David Philippaerts and one guaranteed professional contract in 2017 to race for Yamaha in the EMX125 Championship

Veltins Arena, home to Bundesliga football team FC Schalke 04, will be completely transformed with more than 25,000 cubic meters of dirt on a removable hard base surface and a track layout designed for safe and fluid racing with plenty of exciting features. Febvre, Van doninck and Irsuti can expect big battles, top speeds and spectacular stadium jumps.