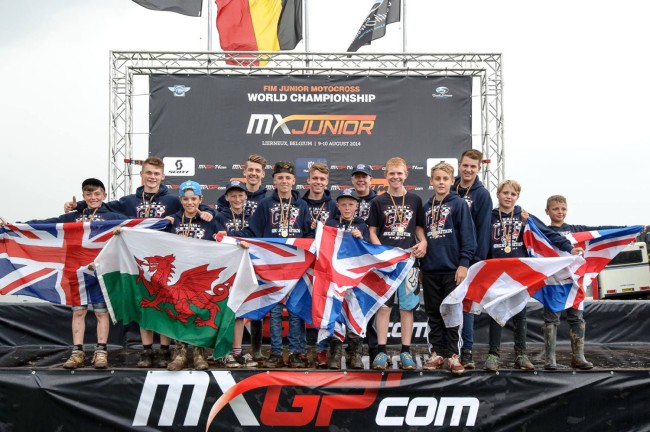 RHL Activities is pleased to announce that it has been asked by the Auto Cycle Union to run this year’s Team Great Britain at the FIM World Junior Motocross Championship, which takes place on July 30 in Estonia.

This World Championship event sees the very best junior riders battle it out in a format similar to the Motocross of Nations, where riders compete for individual and team results, while also giving our future stars of the sport a glimpse of the competition at international level.

This year’s event takes place at the Lange Motokeskus circuit, which is six kilometers from the city of Tartu in Estonia. The track is of sandy terrain and has previously played host to many national and international events including MXGP Training Academies, the Estonian Motocross Championship, the Superkauss Motocross Cup and now the World Junior Motocross Championship.

Team GB riders have enjoyed success at the event in the past, especially highlighting the now-MXGP regular Conrad Mewse, who won the 85cc class in 2013, as well as Team GB’s podium finish in 2015. This year will see Wal Beaney, Ollie Colmer, Finley Evans, Roan Delaney and Keelan Hope compete in the 65cc class. Bobby Bruce, James Smith, Jack Lindsay and Eddie Jay Wade will contest the 85cc class and finally Jed Etchells, Rossi Beard, Chris Mills, Drew Anderson and Joel Rizzi will race in the 125cc class for the ACU Team GB.

Gareth Hockey, ACU Team GB Team Manager commented “It’s a fantastic opportunity for RHL to be asked to run the British ACU FIM World Junior Motocross team for this year’s event in Estonia, especially as many of the riders selected for this year’s team and in previous years are riders who are competing in the Thor British Youth National Championship, so we know them well. It makes us very proud that many of ‘our’ riders will race for their country, and also to have the opportunity to play a wider role in supporting the future stars of the sport as they race at international level in their respective junior classes representing Great Britain. It’s incredibly important for the development of the UK’s future motocross professionals, and a prestigious position for us to be in. The RHL team and I are already working on plans for the future, but we are really looking forward to this year’s event.”