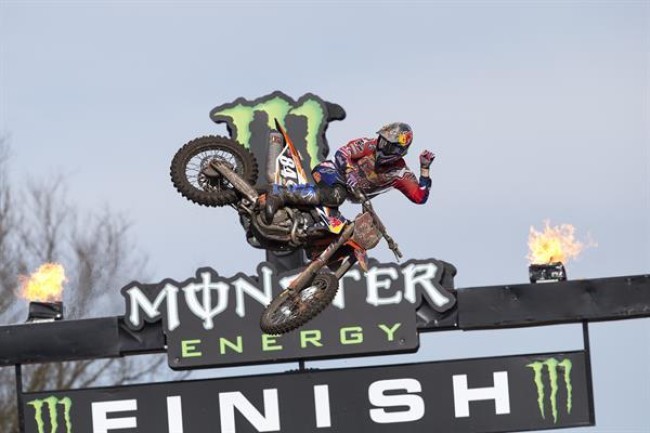 In the 125 class it was Jago Geerts who took the win going 1-1. However, he didn’t get it easy in the first moto as Roan van de Moosdijk was only two seconds behind at the finish. Raivo Dankers had a good day going 3-4 for second overall. Roan van de Moosdijk rounded off the podium after he had some problems and finished tenth in the second moto.

It was the HSF Logistics due of Calvin Vlaanderen and Roberts Justs that dominated the MX2 class. They both went first and second in both of the moto’s. Harry Nolte’s rider Freek van der Vlist also rode strong for two third place finishes.

No surprises in the MX1 class as Jeffrey Herlings convincingly won both of the moto’s on his 450 KTM. He lapped up to fourth in moto one and fifth in moto two – talk about winning in style.  New stand in rider for the Lucas Oil 24MX Honda team, Ceriel Klein Kromhof rode well for second overall ahead of Jeffrey Dewulf who ended up third overall.