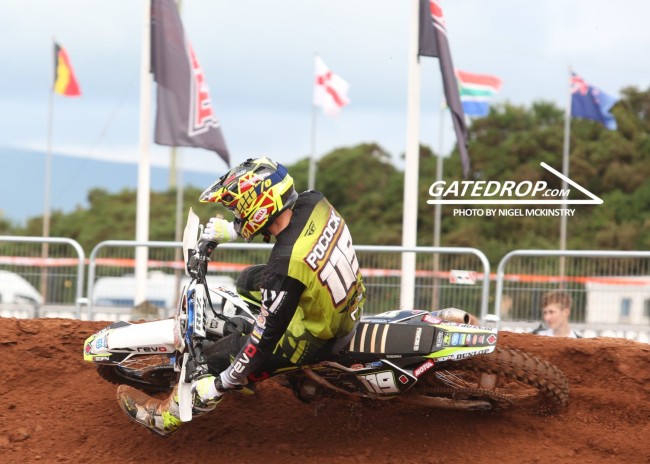 REVO Husqvarna UK is stepping up the pace next year, undertaking an international race programme and fielding an expanded three-pro-rider line-up along with a rising youth star.

Mel Pocock, the 2017 Michelin MX Nationals MX2 champion, stays with the team and is joined by highly-rated 17-year-old Dylan Woodcock. A third rider, who cannot be named yet for contractual reasons, will be announced on October 28 at the International Dirt Bike Show at Stoneleigh Park.

With increased support from Husqvarna UK all three will campaign the manufacturer’s race-winning FC 250 in the 2018 Maxxis ACU British Motocross MX2 Championship, the full European EMX250 series and selected rounds of the Michelin MX Nationals.

In addition the team is doing its bit to develop fresh youth talent and will eld 11-year-old Ollie Colmer on a small-wheel TC 85 in the Michelin MX Nationals and British Youth Nationals.

Mark Yates (Team Principal)
“I’m really looking forward to 2018. We’re stepping up our game again next year with three full- time pro riders and also supporting young Ollie Colmer on a small-wheel 85cc machine. We’ll have a much bigger presence in the paddock with a lot more investment in the team.

“It’s very exciting to be doing the full European series and having a good go at it with three riders – I’m confident we can do well. Mel’s a former European champion so he’s the perfect man to show Dylan the ropes and with our third rider, who I can’t name yet because of contractual obligations, I believe we’ve got an incredibly competitive team.
“With support from Husqvarna UK we had a good season this year and laid solid foundations which I’m sure we can build upon in 2018 with the aim of stepping back into GPs in 2019.”

Mel Pocock – MX2
“It’s obviously great for me to be staying with the team for 2018. It’s totally professional in its approach to racing and feels like a second-home – the atmosphere is as good as it gets and I’m 100 per cent confident in the capabilities of the FC 250.

“This year has been a solid and successful one for me but I know there’s much more to come. If I’m totally honest I was disappointed to miss out on third in the Maxxis championship by just two points as I feel I’m a contender for the  title after all, I’ve finished runner-up twice – and not just the podium.

“I’m also very excited to be doing a full EMX250 season.I won the European title in 2012 and it would be an amazing achievement to regain it six years later and with such a great team behind me I know it’s possible.”

Dylan Woodcock – MX2
“I’m really looking forward to next season. I’ve ridden the Husqvarna once and, obviously,  after being on Kawasaki for so long it feels very different but I took to it very well so I’m very optimistic – it’s going to be a good year.

“Racing the full EMX250 series is very exciting. I did the last round in France this year but it was very wet and more of a survival race so I don’t feel as though I gave it a good shot.

“My team-mates are very experienced which will be a big help. I train with Mel in the gym with Sol Gilbert so I’ve got a good winter of preparation on ahead of me.”

Ollie Colmer – SW85
“It’s a very exciting me for me and I can’t wait to get started.
Jon Giffard’s doing my bikes which is great and I’ll be training with the RMJ Academy so I know I’ll be more than ready for switching from a 65 to a small-wheel 85.

“It’s a big move up but I’m confident with my speed and I’m looking forward to running up front with the faster riders.”