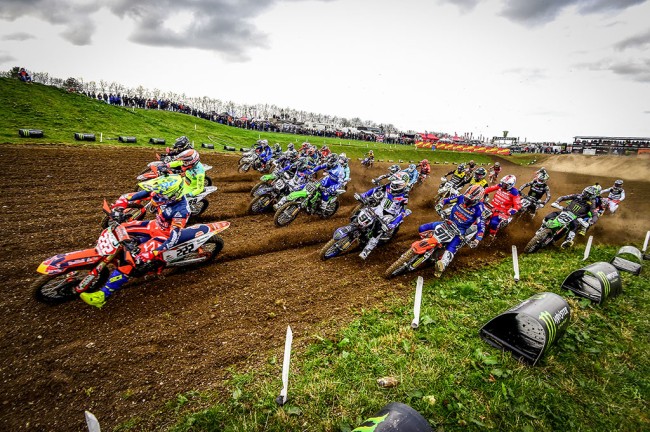 Youthstream is excited to announce the official entry lists for the opening round of the 2020 FIM Motocross World Championship, taking place at Matterley Basin, Great Britain on the 29th February and 1st March.

The fast-flowing track based in the south of England has hosted more GP’s than any other British venue and in 2020 it will be the 10th time that Matterley Basin makes an appearance on the MXGP race calendar and it will also be the first time, since 2012, that the British circuit will kick of the 2020 season in Europe!

Last year the MXGP of Great Britain hosted some epic race battles between Red Bull KTM Factory Racing’s Antonio Cairoli, Monster Energy Yamaha Factory Racing’s Gautier Paulin and Team HRC’s Tim Gajser, with the 9-time World Champion taking the overall win that weekend. Meanwhile, in the MX2 class, it was Rockstar Energy Husqvarna Factory Racing rider, Thomas Kjer Olsen with the podium victory, Henry Jacobi, now riding for Yamaha SM Action MC-Migliori, in second and the rookie, Red Bull KTM Factory Racing’s Tom Vialle, starting the season strong in third. But with a competitive field of riders and new ones coming through the ranks, it will be interesting to see who will be present on the podium at the first Grand Prix of the season.

To see the list of MX2 and MXGP riders who will be lining up at Matterley Basin for the first round of the 2020 FIM Motocross World Championship, check out the list below: 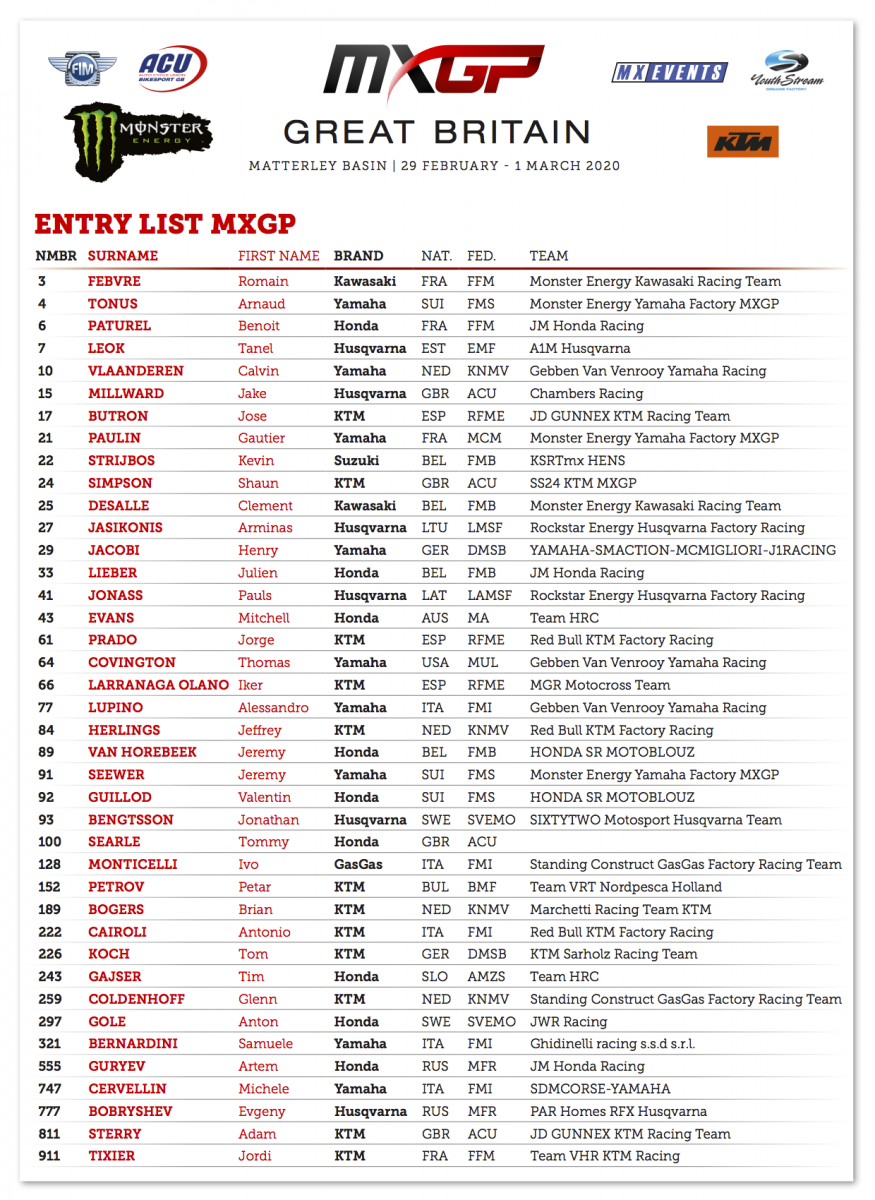 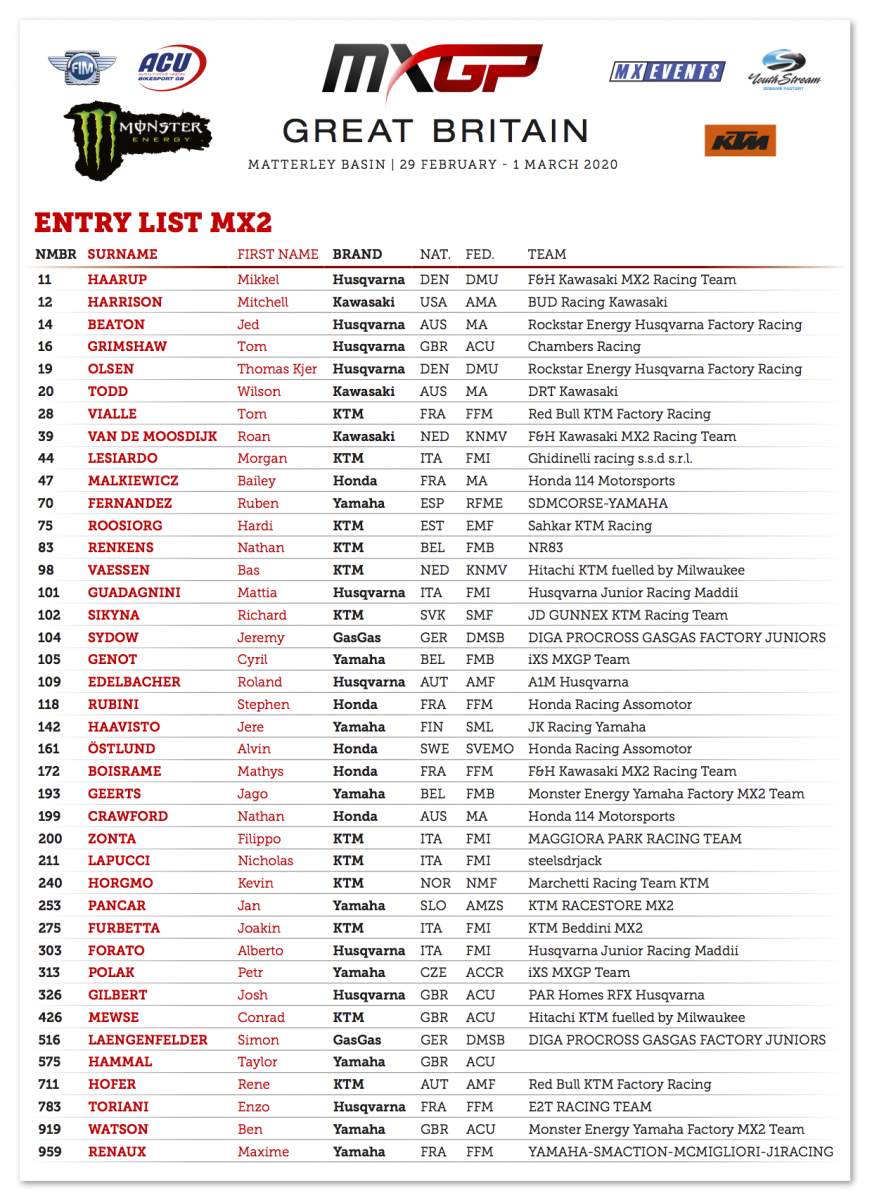