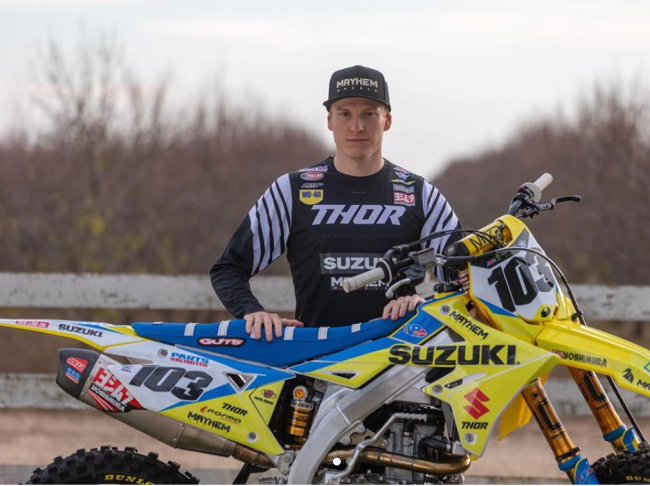 Max Anstie has revealed his setup for the 2020 season when he returns to racing. Coming into this year was an exciting time for Anstie as he signed with the H.E.P Suzuki team to contest the AMA Supercross series.

Unfortunately, whilst putting in lots of SX laps to prepare for the season, Anstie aggravated an old injury on the ankle which required surgery.

Anstie is now expected to miss the first half of the SX season but will then make a return on his H.E.P Suzuki.

The Brit has also explained the reason for his number change to #103.

“It’s a shame I can’t ride this beast tonight under the lights at Anaheim! @hepmotorsports.
A lot of you European fans have been asking why number 103. Well there’s different rules in America where you can’t choose a number that’s one or two digits unless you win a championship. Otherwise you are assigned a two digit number based of how you finished in the year before in the US championships. So I couldn’t be 99. And out of the remaining list of numbers I couldn’t be 199, 991, 119, 109 or anything else that would some what resemble my normal number. Basically Milly my wife likes the number 3 so I thought alright I’ll go with 103″, Anstie stated.

See his cool setup below: 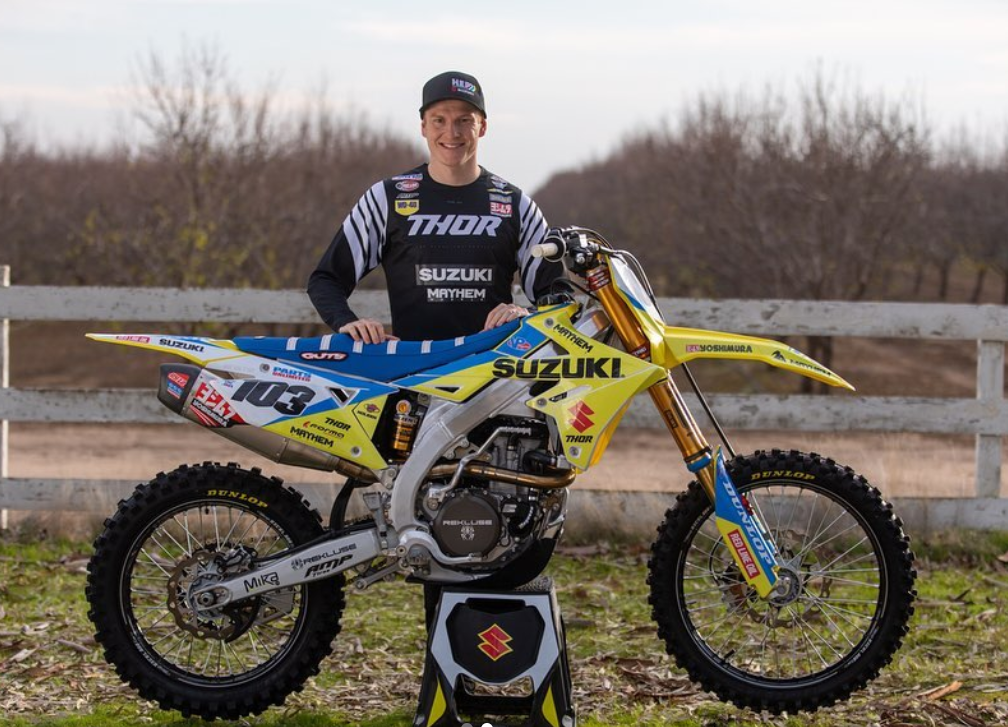 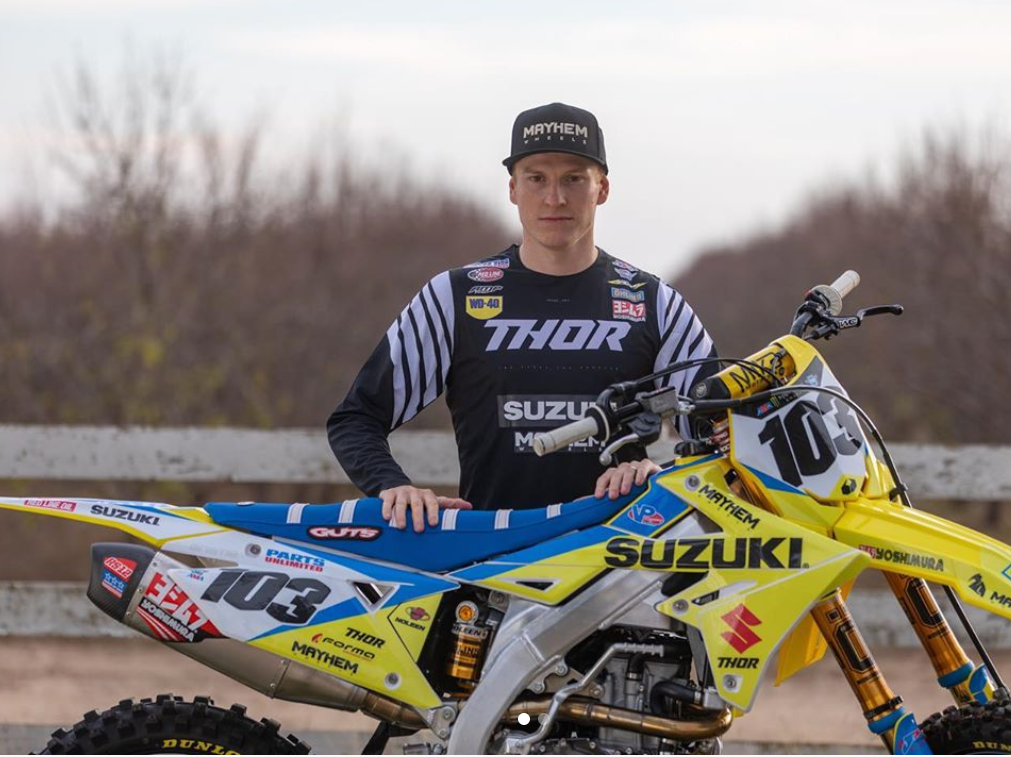