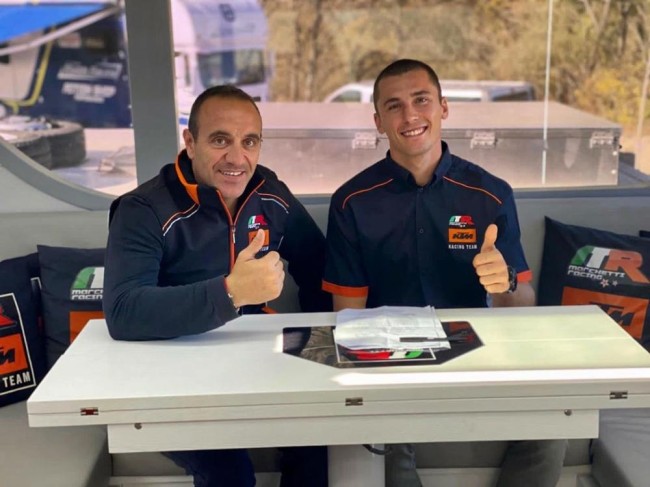 The KTM Marchetti team has reached an agreement with experienced MXGP rider, Alessandro Lupino for the 2021 racing season. Lupino will be contest in the MXGP World Championship with the KTM 450 SX-F prepared in the racing department of the KTM Marchetti team.

For Alessandro Lupino this is a ‘return to the origins’, because he is from Viterbo (in Italy) like the KTM Marchetti team and in the first years of his racing career he had the support of team manager Elio Marchetti.

Lupino, who is part of the Gruppo Sportivo Fiamme Oro of the State Police, will take part in the MXGP 2021 Motocross World Championship, the International Motocross Championships of Italy and the Italian Prestige Championship.

“I am happy to have signed with Elio’s team,” explains Lupino, “over the years they have shown great passion and professionalism. For me it’s a double return: in Viterbo, where I lived for many years, and on the KTM bike… with KTM I won a world championship!”