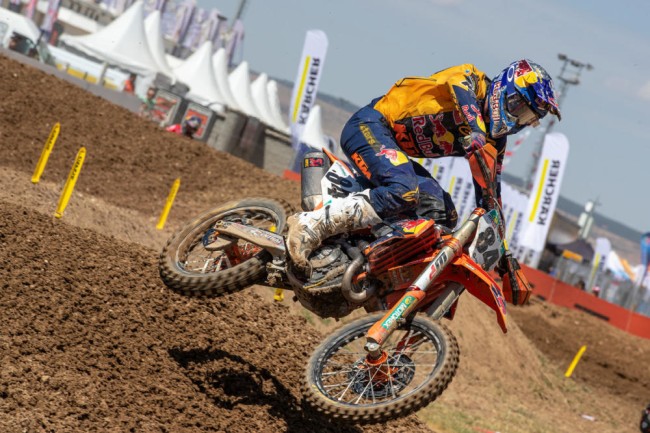 That was an exciting session! Jorge Prado only did a couple of fast laps once again but it looked like the young Spaniard had secured pole again until Jeffrey Herlings, despite already lying second, went out and blitzed a lap right at the end of the session to go fastest by nearly a second!

A delighted Herlings said: “I had to keep trying for this one, I think it’s very important to be on the inside. We tried to improve yesterday for the start so we will see if it works today. The start is going to be key.”

Tim Gajser was going for pole at the end but was left seething when he felt Prado got in his way of his fast lap, Gajser tried again but couldn’t improve on third, but watching out for some tension if Gajser has to pass Prado in the races!