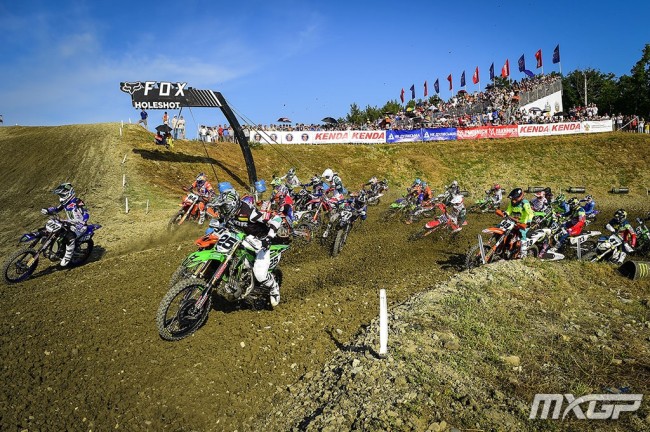 Tim Gajser led wire to wire in race one but had pressure from Arnaud Tonus throughout the race but the Swiss never quite got close enough to make a pass.

Jeffrey Herlings rode strong in his comeback race for fourth holding off various assaults from Jonass then Seewer then Desalle during the moto,

But was disaster for Cairoli who got held up at the start and only came back to 12th and that was with the help of a couple of big crashes for Gautier Paulin and Clement Desalle with the latter going over the bars on a kicker at the end of pit straight with two laps to go chasing Herlings and needed medical attention, while Paulin had to DNF with a damaged machine.

Alex Lupino also had a big crash with poor Evgeny Bobryshev crashing out on lap one and being stretchered off with what appeared to be an ankle injury.