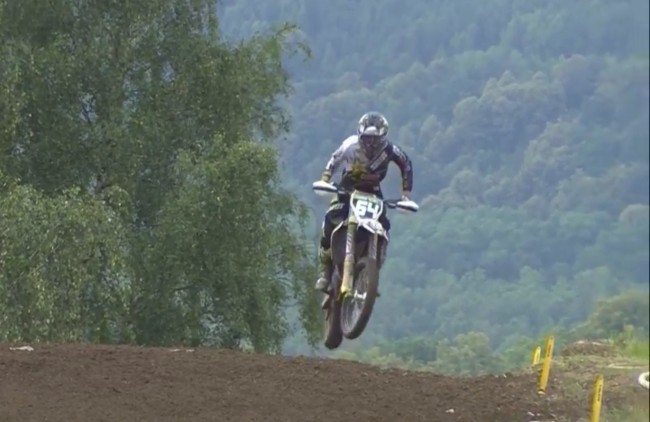 Thomas Covington won the MX2 qualifying race and described it as, ‘one of the easiest motos I’ve won this year,” as he passed early leader Geerts to control the race.

But the battle raged behind him as Prado and Jonass had to battle through the field after poor starts. Jonass passed both Prado and Lawrence and looked set to get into the top ten only to crash with Vlaanderen and go back outside the the top 20!

Jonass got back to 16th with Lawrence and Prado finishing ninth and tenth.

In MXGP it was Tony Cairoli who took the win after passing long time leader Max Anstie. The Brit then succumbed to Tim Gajser and Jeffrey Herlings with just a few laps to go with Herlings eventually making the pass on Gajser for second.

Cairoli said: “This week wasn’t easy, I found out I had two small fractures in my thumb. The hard pack is not helping here but with some injection and pain killers we will do our best tomorrow.”