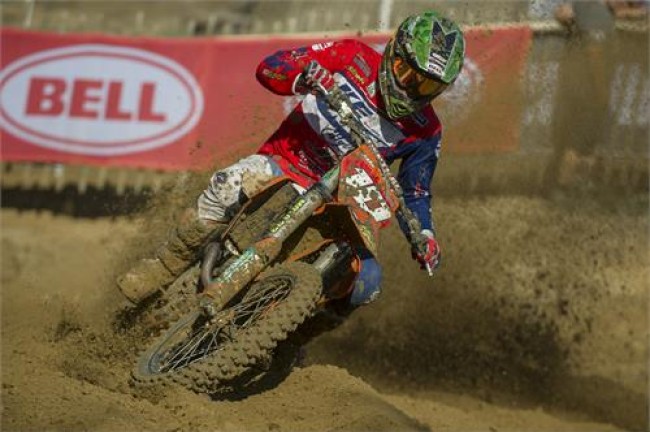 Over 240 riders are signed up for the penultimate round of the Michelin MX Nationals British Championship this weekend. Today’s action witnessed a full set of racing from Expert and Clubman adult classes, alongside MXY and Open 85 at the technically-challenging Canada Heights circuit in Kent.

It was a tough day for all competitors. They had to cope with the extreme heat, but the Sidcup Club and MX Nationals crew managed to keep the dust under control and, albeit shortened in some classes, racing went ahead.

In the Experts MX1, Brad Cavill posted fastest qualifying and then went on to take both class wins, and Jason Meara mirrored those results in Experts MX2. The Clubman groups saw Aiden Christie take pole in MX1, with Harry Fletcher winning both motos – with a margin of 11 seconds in the first – and Fabio Rizzi putting in a storming performance with a first race lead of over 27-seconds.

In the youth classes; the MXY1 riders showed the MXY2 riders the way! Joel Rizzi was dominant in MXY1 with pole, and two wins ahead of Ollie Beamish who said he “felt good right from qualifying, and was able to get the starts and learn from Joel”. Sam Price was third overall in the first moto and Kacey Hird in the second. Hird was the first MXY2 rider in both motos. Ryan Mawhinney was the runaway winner in the Open 85 sector. He cleaned up with fastest qualifying and two BW85 class wins; as did Ollie Colmer in the SW85 group.

Racing gets underway again tomorrow, Sunday the 15th of July with a full complement of MX1 and MX2 Pro racers lining up to pay tribute to Steven Lenoir in this memorial weekend.