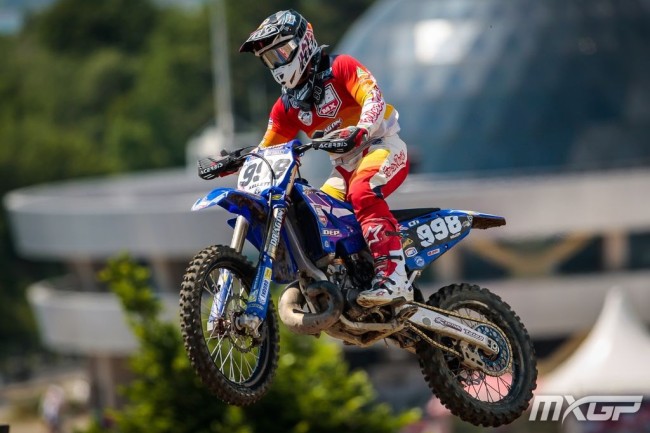 Todd Kellett took a well-earned overall in Russia going 1-2 with Brad Anderson taking the second moto win, holding off a determined Kellett, to take second overall in a good day for the EMX2T Brits in Russia.

Anderson’s 1-3 moto scores meant he took the championship lead off Kras and now has a slender 8 point lead in the series.

The track crew bizarrely levelled the track and ripped it taking away the challenge of the slick circuit that usually needs throttle control, in yet another illogical decision by an increasingly frustrating track crew who seem to want to make the tracks as easy as possible for the best riders in the world on a Sunday.

It meant that while Anderson, Kellett, Lusbo and Kras went nose to tail for the entire second moto, no-one could make a pass on the flat out track that now had a lot of grip, completely taking away the character and USP of the track.

Hopefully the slick nature of the circuit will be allowed to come through for the rest of the day so the hard pack specialists can show their skills.