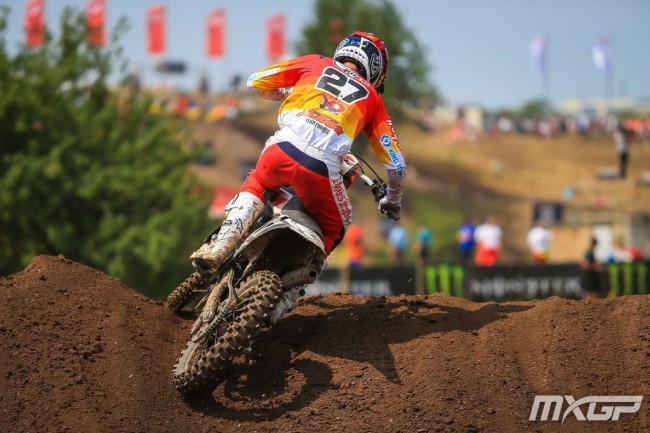 Tom Guyon made inroads on the championship lead held by Mattia Guadagnini in Germany by going 1-2 for the overall win and is now just 13 points behind the Italian,

Guadagnini won race one over Guyon but mistakes in race two meant he could only take a 13th position dropping him off the podium overall.

Simon Laengenfelder rode strong for second overall on home soil with Mike Gweder third. Liam’s Everts continued his progression with eighth overall and a fifth in race two in his rookie 125 season.