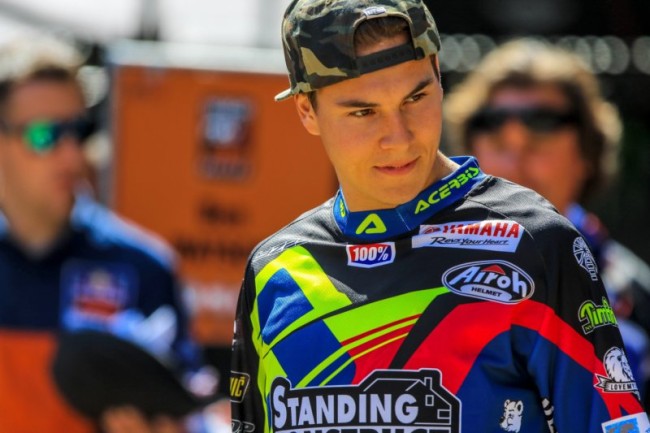 Valentin Guillod won yet again in MX2 while Jeffrey Herlings had bike problems and ended up 24th. It means Herlings may have his work cut out again to win the GP if Guillod, Tixier or Gajser get away at the front! EMX2 rider Desprey impressed with fifth as did Grualus in eighth which underlines the pace of that class. Adam Sterry was top Brit in 17th.

In MXGP Febvre continued his winning momentum and won the MXGP qualifier from Gautier Paulin, the French are looking strong at home! Bobreyshev made it two Honda’s in the top three in third.

Antonio Cairoli was running fourth but, according to Jill on Twitter, a stone opened the radiator cap and he had to stop to close it so finished eighth. More worryingly is the fact that Clement Desalle crashed out of the qualifying race and this was after after dislocating his shoulder in a big crash in practice.

Let’s hope Desalle hasn’t damaged the ligaments too badly and he can finish out the season.