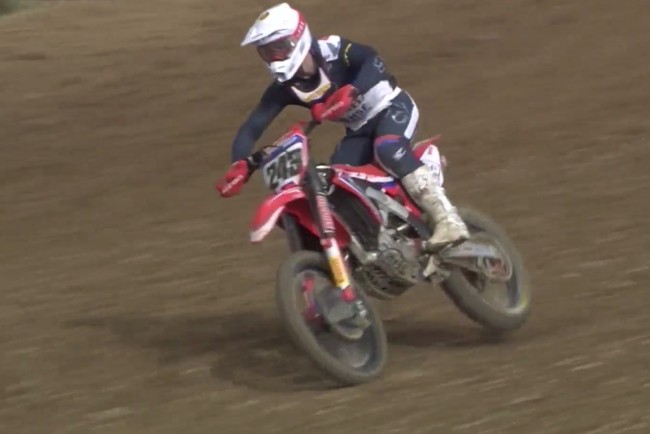 The Italian got an average start and got caught up in Gautier Paulin’s crashed that left Cairoli on the floor in a domino effect!

Paulin and Cairoli came up through the field together, Paulin shadowing Cairoli’s every move, but Cairoli tipped over again while 12th in the last couple of laps and eventually ended up 14th with Paulin 11th.

It was also a bad day for the British with Searle and Simpson both DNFing, giving the pair an outside starting gate for tomorrow.

Jorge Prado took a start to finish win in the MX2 qualifier but was kept honest by Jago Geerts who finally got a start allowing him to run with Prado from the beginning.

Thomas Kjer Olsen had another dreadful start but tore through the field to take sixth and preserve a decent gate pick for tomorrow.