Results: Final round of the ADAC MX Masters! 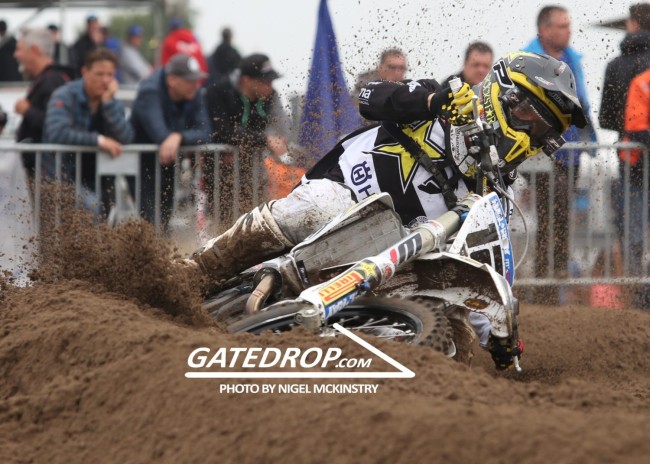 Jeremy Seewer is racing the 450cc this weekend at the final round of the ADAC MX Masters Championship as he prepares for the Motocross Des Nations.

Seewer was leading on lap one of the first moto but the more experienced Max Nagl was able to pass him and went on to take the win. Hunter Lawrence impressed as he came home in third ahead of Petr Smitka and Henry Jacobi.

The second moto was somewhat of a different story as Jeremy Seewer held strong to clinch the moto victory which meant he won the overall too. Seewer beat Nagl in the second moto by almost fifteen seconds which will give him plenty of confidence heading into the Motocross Des Nations. It’s only Seewer’s second race on the 450cc and so far it’s so good as he has won both of them!

The DIGA-Procross Husqvarna team have another rider under the awning this weekend as they have drafted in Dylan Walsh for the final round. He hasn’t disappointed the team as he won the first race of the weekend just ahead of Tom Koch. Malaval ended up in third as less than five seconds covered the first four riders.

Just like in Moto One, Dylan Walsh had a great moto and came away with the win to clinch the overall victory on the day. The second moto was much more comfortable as he won by nearly ten second from Michael Sandner. Malaval was solid yet again to come home in third to clinch second overall, it was a DIGA-Procross Husqvarna 1-2.