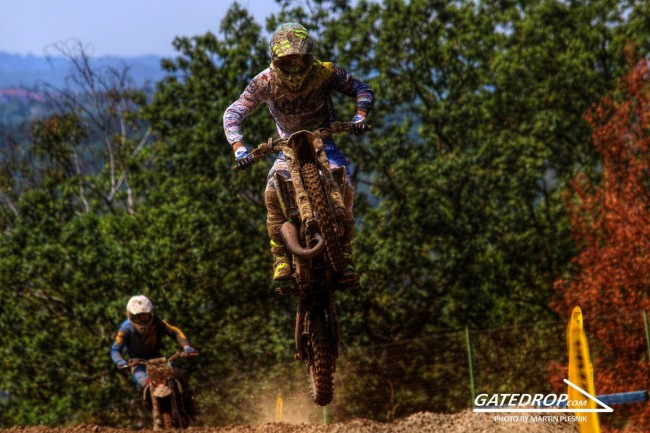 It was a great weekend for Edvards Bidzans as he clinched the EMX85 championship in Loket to add to the EMX65 title he won in 2017.

The Latvian went 2-1 on the day to clinch the championship which he’s pleased with after missing out on the Junior World title two weeks ago in Arco.

Valerio Lata who won the Junior World title was hoping to do the double but a disastrous first moto start cost him. He was buried on the first lap but rode really well to get back to third. The Italian got a much better start in the second moto and won to show pace wasn’t the problem.

Rounding off the podium was Marc Quentin Prugnieres who’s part of the BUD Kawasaki team.