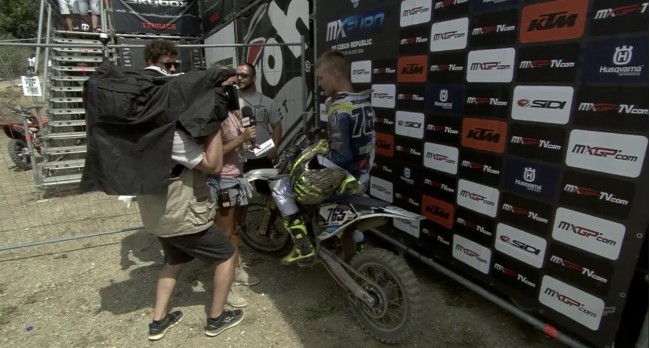 Edvards Bidzans won a terrific first 85cc moto after coming through the top ten to take a big win at Loket. It was looking like a great day for Latvia with Karlis Reisulis running second right behind Bizdans and looking for a way around the leader until a crash with a lap to go relegated him to what could be a costly fourth place when it comes to calculating that overall.

That left Frenchman Quentin Prugnieres, an early race leader who was pushing to stay with the front two, to take back second place, but he was under pressure from a very fast Valerio Lata. The recently crowned world champ showed his speed after a terrible start to catch the leaders but run out of time to make the passes, but third was still a great ride.