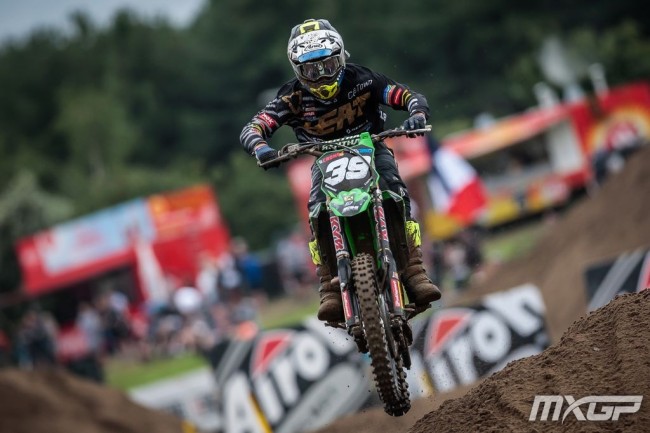 Roan Van De Moosdijk had a perfect weekend in Lommel going 1-1 and taking the points lead heading into the final round of the EMX250 championship.

Van De Moosdijk was so good he even had time to crash in race two with a third second leaned and still won by over 20!

But it was a disaster for Stephen Rubini in race two after good fourth through the field in race one. Another poor start saw Rubini work his way through the top ten into the top five but a crash set him back to tenth and then, after getting back to ninth, he dropped back to 13th place and is now 11 points behind Van De Moosdijk going into the final round, with Alberto Forato going 9-2 to be 13 points behind the championship leader.

Kevin Horgmo took the confidence from an impressive race in MX2 last weekend to take second overall at Lommel and his first podium of the year in EMX2, even more impressive since he is only just back from a broken jaw!

What weekend for Mikkel Haarup! The Dane took second in moto one but crashed twice in race two and looked to lose the podium overall until some late-brilliance, running the fastest laps on the track to come from outside the top 15 up to 8th in the last few minutes to nab third overall!