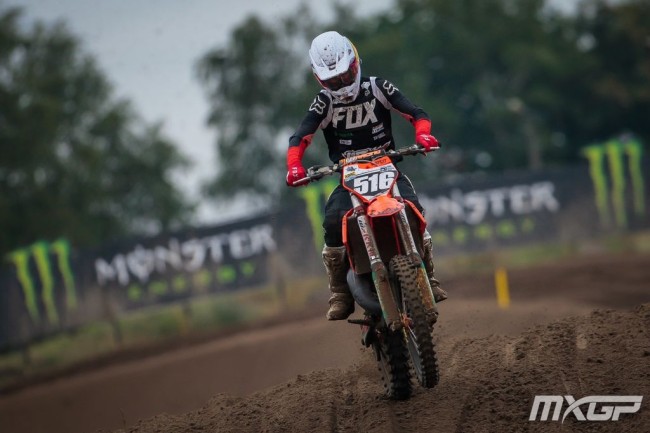 Simon Laengenfelder went 2-1 to take a very impressive overall win at Lommel and passed championship leader Mattia Guadagnini in race two to do it!

The young German looked very comfortable in the sand to take a huge win for his career. But Guadagnini played it smart and went 1- 2 for second overall to take seven points on title rival Tom Guyon who was consistent but not quite on the pace of the front to to take third overall.

It means Guadagnini now has a 20 point lead over Guyon going into the final round of the championship in Sweden.

Liam Everts rode strong in both motos for fifth overall in his first big Grand Prix event performance in front of his home crowd.