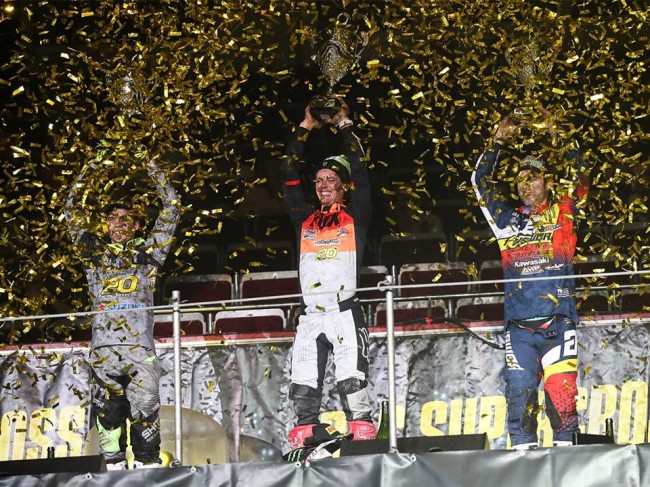 The Dortmund Supercross which is ran over three days had it’s opening night of racing last night.

In the SX2 final, Brian Hsu got a flyer of a start and pulled a big gap at the front whilst American, Joey Crown got a bad start. Crown started to work his way through the pack and Hsu got held up by back markers. With two laps to go they were both neck and neck. Crown tried an aggressive lap on the last lap but put himself on the ground which allowed Hsu to take the win. Anthony Bourdon rode really well to come home in third.

Both Mike Alessi and Thomas Ramette took good starts in the SX1 final with the American passing the French rider. However, after a few laps Ramette passed Alessi to retake the lead as the American began to fade. The man on the move was Soubeyras after he took a bad start and before Ramette knew it, his countryman was all over him.

Soubeyras made a pass stick and took home the win. Tyler Bowers didn’t get a good start but worked his way through to third to end up on the box. Alessi ended up in fourth ahead of Jordi Tixier who had a crash but still got back up to fifth.