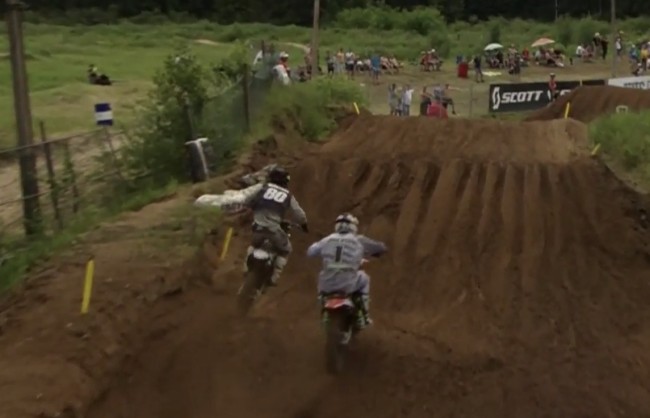 The big surprise though was Anderson, who had held off an early race charge from Kras, but dropped back to fifth in the dying stages of the moto meaning he only has a two point lead in the championship going into the second moto.