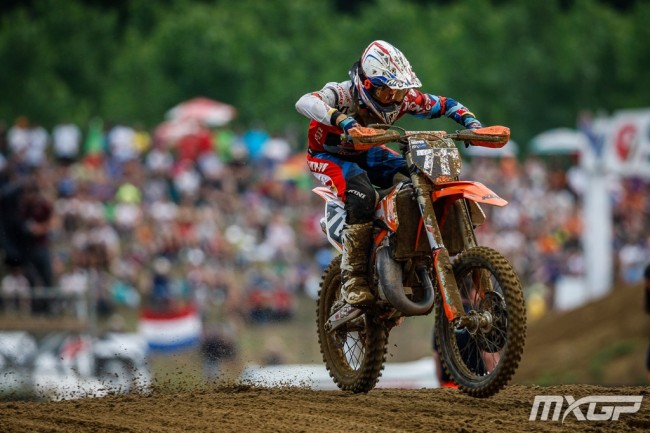 The talented, Rene Hofer has announced that he’s signed a factory KTM contract for the 2018 season. It doesn’t come as much of a surprise as Rene had an impressive season competing in the EMX125 series as a rookie, Hofer ended up fifth in the series.

He will go into the 2018 season as one of the favourites for the title.

“Excited to announce my signing with KTM Factory Racing for the 2018 season! I will ride for the KTM Junior Racing Team, which will be a one rider team in 2018.

I will compete the full EMX125 championship, world championship 125cc and national races like ADAC MX Youngster Cup and Austrian Championship on a 250 4-stroke KTM.

I am Really happy and grateful to have the best team behind me and looking forward to the cooperation with these guys: KTM, WP, Kini, Red Bull, Airoh, Scott, Alpinestars, Motorex, Twin Air, Leatt, Renthal… Winter training is on right now, 2018 prep has started and already can‘t wait until the gate drops again next year!”