Rene Hofer IN for Mantova! 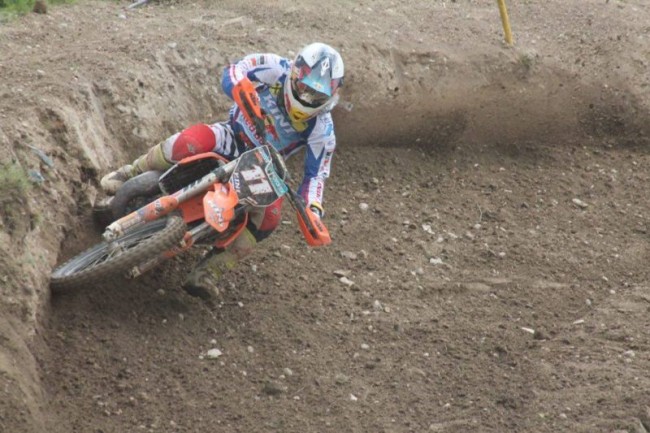 Austria have a huge talent coming up through the ranks in the form of Rene Hofer. This is his last year on the 85cc machine. Rene has been competing in the ADAC Junior cup and currently sits second in the championship despite a DNF. Out of four moto’s Rene has won three and is seven points behind the points leader.

Heading into the EMX85 European Championship at Loket, Rene is one of the favourites and I won’t be surprised to see him pick up the title. He will also be going for World Championship glory when the world 85cc championship hits Russia later in the year.

Rene has Heinz Kinigadner in his corner, the man who has two world titles to his name sees the talent in Rene and has him on his team.

However, before the EMX85 championship at Loket, Rene will race his first ever EMX125 championship race at Mantova this coming weekend. This is preparation for the 2017 season when he will compete in the full series. As well as Mantova, he will also compete at the Swiss round. It will be interesting to see how the talented Austrian can do without a full winter to get used to the 125. However, Rene is one rider for the future so remember the name!

Rene Hofer: “It’s my last season in the 85 class and next year I will ride the whole EMX125 championship. Because of that I will ride this weekend in Mantova and in Frauenfeld. Just to learn for next year!
Thanks to my family, sponsors and everybody who supports me. We will do it!”