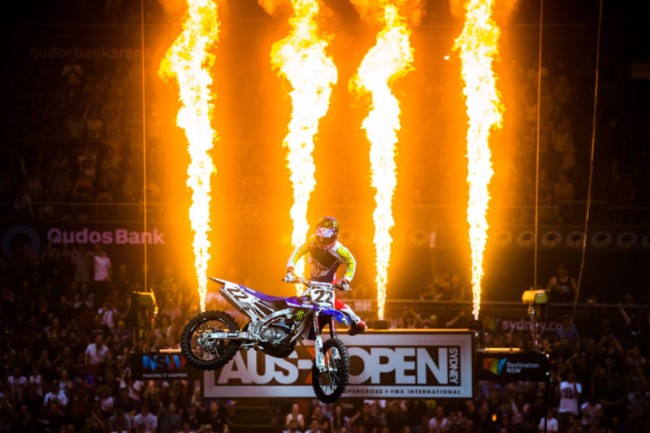 Chad Reed made it a clean sweep of victories down under as the Australian won the second night of racing in Sydney.

Reed held off new teammate Cooper Webb for the victory after Ryan Villopoto led for the opening three laps but didn’t have the race fitness to sustain his pace and eventually dropped back to fourth. Justin Brayton took the final spot on the podium after a bad start.