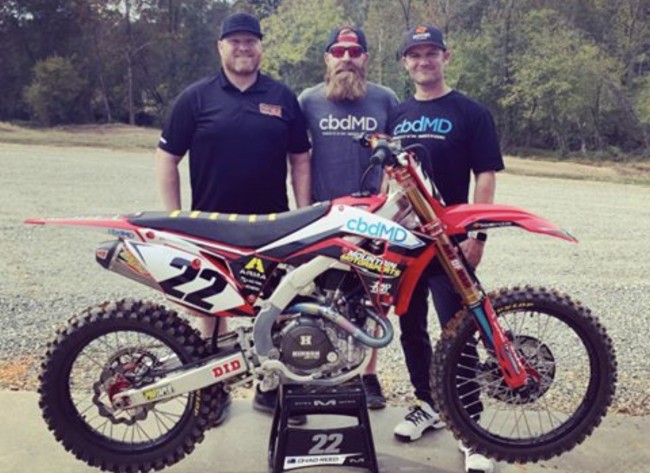 Chad Reed will be racing the Monster Cup after all and doing it on privateer Honda with Chad’s wife Ellie revealing the unexpected news on Instagram.

Reed had earlier indicated he would be racing cars the weekend of the MEC and had previously been negotiating to stay with JGR Suzuki, but now Reed is back on a Honda and racing a race he didn’t think he would be doing after creating the team in just ten days.