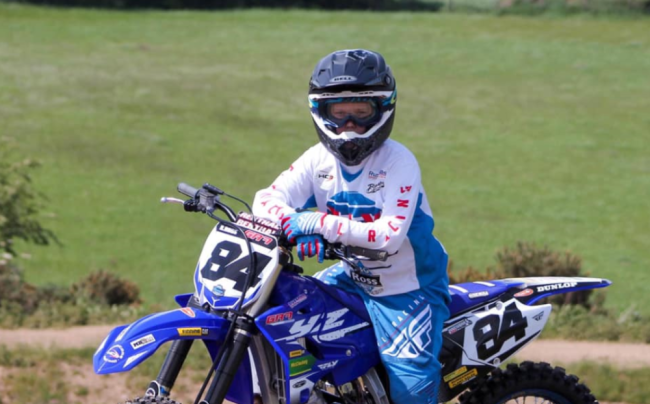 Young Irish talent has confirmed his plans for the 2021 season after agreeing a deal with Roland Shaw, it’ll see the young Irish rider contest the British Youth Championship and other major championships as well as selected EMX125 rounds.

Young Irish riders have contested the EMX150 series before such as Cailum Meara and David Robson but Ross will be the first rider from Ireland to contest the EMX125 championship and he’s been working with Martin Barr.

The EMX125 is unbelievably competitive with so much talent in the class from all around Europe but Ross is determined for top ten results and even wants to get on the podium if it’s possible.

“Just for the rest of the year I am just looking to work hard with my trainer Martin Barr and building my confidence up on the 125. My plans for 2021 are to hopefully get over to do the EMX125 series, British youth championship and MX Nationals. My expectation is to be in the top 10 in the EMX125 series and hopefully to get on the box which will be hard because it is such a tough class but it will be good experience. I like racing away from home because in Ireland you ride the same tracks all the time but when I go to England I love it because there are different tracks all the time”. Ross told GateDrop.com.