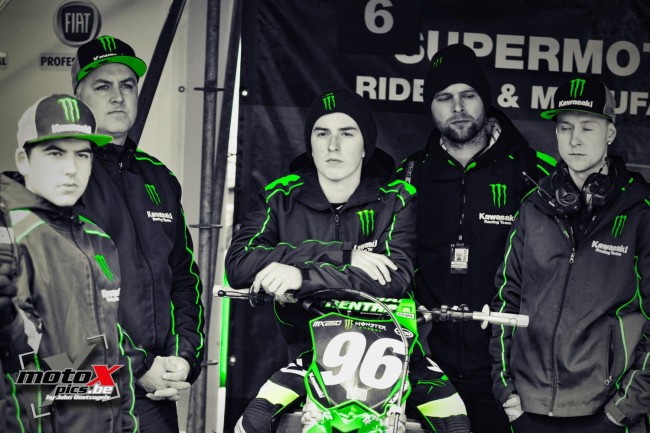 For such a small country, Northern Ireland has a few names in the MXGP paddock. Going from Gordon Crockard to the likes of Paul Conway and Reece Boal.

Reece Boal has been in the GP paddock for three years now working at STR KTM and the Kawasaki Racing Team in the MX2 class. However, with the Kawasaki team pulling out of the series it effectively left Boal without a job.

However, Boal will join the 114 Motorsports Honda team – a new team in the paddock for the 2018 season with Livia Lancelot as the team manager. Boal also joins Gordon Crockard in working for Honda.

It will also be a new job role as he’s been concentrating on the Engine’s at Kawasaki but he will now join up with Hunter Lawrence again as his race mechanic. The pair know each other well as Hunter rode for the Kawasaki team last year which was his first year in Europe.

Since making the move to Europe and competing in the MX2 World Championship this year, Lawrence has improved and goes into the 2018 season as one of the underdogs for the title. He will also get support from Geico next year as he’s inked a deal with them to head to America for the 2019 season so he should have the best equipment.

Reece Boal: “During the 2017 season it was made known to me that Kawasaki would be stopping and I would indeed be without a job. At that time there weren’t very many options in the paddock that I could jump on as it was still very early in the season. Late in the season it was made known to me by the father of Hunter that there was an opportunity to work for hunter at 114 Motorsports Honda for the 2018 season. I knew this was an opportunity I could not refuse.

I hold hunter and his family in very high regards after previously working with them in 2016. Also, his talent on a motocross bike is something else. To go to Honda is also a move I really am looking forward to. In my eyes Honda are the most professional team in the paddock and I have no doubt that the 114 Motorsports Honda Team run by Livia Lancelott will be exactly the same. My role will be different at 114 Motorsports Honda than what it was at Kawasaki. At Honda next year I will be the race mechanic for hunter where as this year I assembled and serviced the engines for all three riders on the team. I am really looking forward to focus on just one rider next year who I hope will challenge for regular podiums in MX2”.