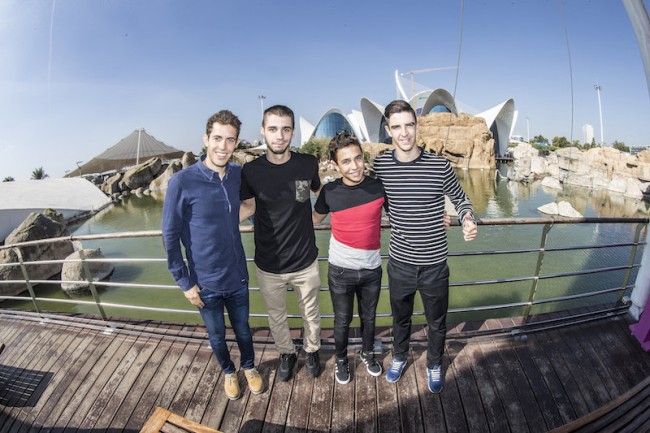 The MXGP of La Comunitat Valenciana, which will take place on the 24 and 25 of March 2018 at RedSand in Castellón, was officially presented yesterday at the Antarctic area at the Oceanographic in Valencia. The event will mark the return of MXGP to Spain after the last race in Talavera de la Reina in 2016.

Youthstream and RedSand have signed a 5-year agreement and in 2018 the MXGP of La Comunitat Valenciana will also host a round of EMX250 and a round of EMX125. During the event several activities will be organized in conjunction, such as concerts linked to the well-known music festival at Benicasim.

Youthstream Director Daniele Rizzi said: “We would like to thank everybody that made this agreement possible, but a special mention goes to Juanjo Gimeno, who has been very keen on having an MXGP at RedSand for several years. We must say that RedSand has grown a lot in the last few years and it has achieved international recognition as many MXGP and MX2 teams use their facilities during the offseason.”

RedSand General Manager Juanjo Gimeno stated: “Our project is very ambitious and we want to become a referent in Spain at a national and international level, as the events that are already celebrated in Valencia such as the Volvo Ocean’s Race or the MotoGP race. Tourism is the engine of la Comunitat Valenciana and our goal is to link it with sport and make them both grow together. Having a 5-year agreement with Youthstream gives us a stability which will help us to become a referent in Europe.