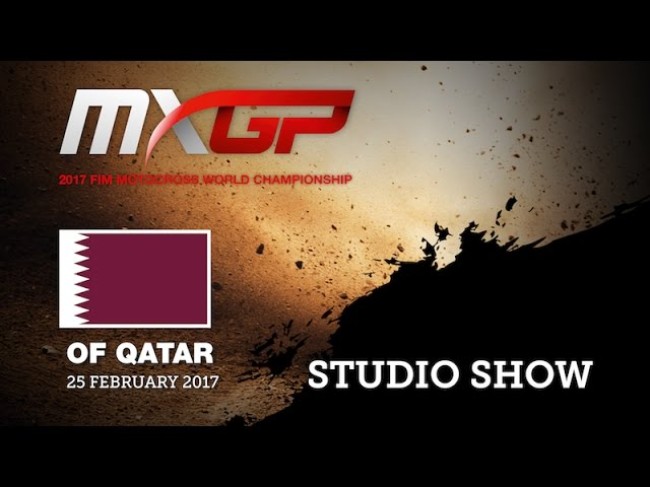 BUCHANAN, Mich. (July 6, 2019) – The seventh round of the 2019 Lucas Oil Pro Motocross Championship, sanctioned by AMA Pro Racing, hosted the Circle K RedBud National on Saturday. The event continued its famed 4th of July tradition with riders adorned in red, white, and blue colors in honor of America’s Independence Day at RedBud MX. The 450 Class saw Monster Energy Kawasaki’s Eli Tomac emerge victorious for his third win of the season, extending his lead in the championship standings. In the 250 Class, Monster Energy/Star/Yamaha’s Dylan Ferrandis captured his third career win with a dominant performance by sweeping both motos.

As the gate dropped on the opening 450 Class moto Red Bull KTM Factory Racing’s Cooper Webb emerged with the Motosport.com Holeshot over Rocky Mountain ATV/MC-WPS-KTM teammates Justin Bogle and Blake Baggett. Bogle quickly went to work as he found his way around Webb to takeover the race lead before the end of the opening lap. Tomac was just behind the leaders in third.

Bogle used a clear track and impressive riding to lead the first several laps as Webb and Tomac gave chase. On Lap 3, Tomac carried speed downhill and around the outside of Webb for the second position, followed by a pass on Bogle for the lead in the same section just one lap later. As Webb set his sights on Bogle, he made a costly mistake by stalling the engine of his bike, which let Rockstar Energy Husqvarna Factory Racing’s Jason Anderson slip by.

Tomac instantly took full advantage of having the lead and began opening a gap over his competition, while Anderson began to knock on Bogle’s door and made an aggressive move for second. Webb followed shortly after, bumping Bogle outside of the top three.

When the checkered flag waved, it was Tomac who remained unchallenged to win by 6.3 seconds, giving him his sixth moto win of the season. Anderson finished strong in second, followed by Webb in third. HRC Honda’s Ken Roczen and Red Bull KTM Factory Racing’s Marvin Musquin finished sixth and seventh, respectively.

The Rocky Mountain ATV/MC-WPS-KTM teammates once again put themselves towards the front when the gate dropped on 450 Class Moto 2 as Baggett was credited with the Motosport.com Holeshot, followed by Bogle and Musquin. As Baggett set the pace out front, Roczen muscled his way into second, just ahead of Musquin in third to complete the opening lap. Anderson, Webb and Tomac started the moto just outside of the top five.

On Lap 2, Roczen used his early race speed to charge past Baggett for the race lead, while Musquin followed shortly after, shuffling Baggett back to third. With clear track ahead, Roczen relied on his effortless style to calmly navigate the demanding circuit as Musquin put his head down in an attempt to track down the German. As the race neared the halfway point, Musquin began to slowly close in on the race lead, eventually making the pass stick on Lap 9.

Behind the leaders, the battle for third began to heat up between Anderson and the first moto winner Tomac. Every time Tomac searched for a way around, Anderson would wick it up to close the door. On Lap 12, Tomac dove to the inside of Anderson and pushed him against the edge of the track to overtake third. The defending champion continued his push forward in the final laps of the race as he chased down and made the move around Roczen with two laps remaining.

Musquin managed the moto with his veteran experience to take his third moto win of the season, 6.2 seconds ahead of Tomac. Roczen soldiered home in third.

Tomac’s 1-2 moto scores carried him to his third overall victory of the season, tying him with James Stewart for fifth on the all-time win list with 20 apiece. Anderson finished the day runner-up (2-4), while Musquin completed the podium in third (7-1).

The winning effort allowed Tomac to extend his lead in the 450 Class championship standings to 34 points over Musquin. Roczen maintains hold on third in the standings, 40 points out of the championship lead. Rockstar Energy Husqvarna’s Zach Osborne was unable to compete due to a shoulder injury sustained in the morning’s practice, dropping him from fourth to sixth.

Ferrandis continued to attack and began to build on his lead over Martin and championship rival Ciaciarulo. As the race wore on, GEICO Honda’s RJ Hampshire moved in on podium position and made a pass stick around the outside of Cianciarulo for third. With just two laps remaining, Hampshire’s relentless efforts brought him to the rear wheel of Martin, eventually overtaking him for second.

Out front, Ferrandis was dominant en route to his third moto win of the season. He crossed the line 18.2 seconds ahead of Hampshire, who matched a season-best moto finish. Disaster struck Martin in the final moments of the race as a bike malfunction left him on the side of the track and unable to finish the race. Cianciarulo inherited the final spot on the podium with Martin’s misfortune. At the conclusion of the race, Cianciarulo was penalized two positions by race officials for not decelerating when running off the track on the opening lap. The penalty awarded Monster Energy/Star/Yamaha’s Justin Cooper third, moving Cianciarulo back to fifth.

Martin made it a clean sweep of the Motosport.com Holeshots when he emerged from the first turn with the lead to start Moto 2. Monster Energy/Star/Yamaha’s Colt Nichols and Ferrandis followed in second and third. Cianciarulo was just behind the lead group in fifth on the opening lap, while first moto podium finishers Hampshire and Cooper were mired deep in the pack.

After an unfortunate end to the first moto, Martin was charging at the head of the 40-rider field and seeking redemption. Despite Martin’s effort, Ferrandis refused to settle as he was using every inch of the track in an attempt to find a passing spot. On Lap 5, Ferrandis made the pass stick to takeover the lead, moving Martin back to second.

With Nichols riding well in third, Cianciarulo was giving it his all to try and move into podium contention. Cianciarulo charged one of the steep downhill’s to make a sweeping pass around the outside of Nichols on Lap 7. With Martin just ahead, Cianciarulo kept pushing towards the Suzuki rider, latching onto his rear fender and finding his way past on Lap 12.

The Frenchman Ferrandis held on to take his fourth moto win of the season by 4.3 seconds over a hard charging Cianciarulo. Martin rebounded to finish third, giving him his second moto podium of the season and first since the season opener at Hangtown.

“I just felt good today and my bike was really good,” explained Ferrandis. “It took some time for me to find a good outdoor feeling, but I think we’ve finally found it. It was just the perfect day and I’m really happy and looking forward to the rest of the championship. It feels good to get the monkey off of my back with a win finally.”

Cianciarulo continues to lead the 250 Class standings with a 25-point advantage. Ferrandis’ 1-1 performance helped him overtake his teammate Cooper by a single point for second in the standings.

The 2019 Lucas Oil Pro Motocross Championship will take a weekend break before resuming on Saturday, July 20, from Spring Creek Raceway. First motos of the Frescados Spring Creek National can be seen live on MAVTV at 11 a.m. PT / 1 p.m. CT. Second moto coverage will be shown via tape delay on NBCSN at 10 p.m. PT/ 12 a.m. CT. All of the action can also be live-streamed with the “Pro Motocross Pass” via the Gold channel on the NBC Sports app.