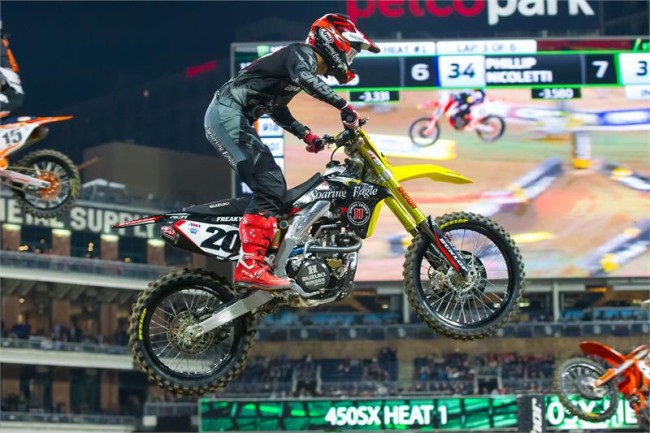 “It’s been a privilege to work with such a driven group of individuals and Suzuki is very appreciative of the hard work and efforts the team has put forth culminating in the 2016 AMA Pro Motocross Championship”, said Kerry Graeber, Suzuki’s Vice President, MC/ATV Sales and Marketing. “The team and Suzuki achieved their respective goals of winning a championship and it’s gratifying to conclude this partnership successfully.”

“As defending AMA Pro Motocross Champions, it’s tough to get to the point where plans evolve and tough business decisions must be made,” said RCH team co-owner Ricky Carmichael. “My partner Carey Hart and I are very proud of our guys and grateful we were able to achieve the success we did as a team. I am also personally looking forward to continuing my long relationship with Suzuki in another capacity as we wind down RCH.”

Carmichael will continue his role as Suzuki Brand Ambassador representing the company, hosting the Camp Carmichael event for Suzuki’s amateur racers, as well as working with Suzuki’s Racing programs and assisting with future product development.

Suzuki will announce further plans for its 2018 Supercross and Motocross Racing efforts in the coming weeks.