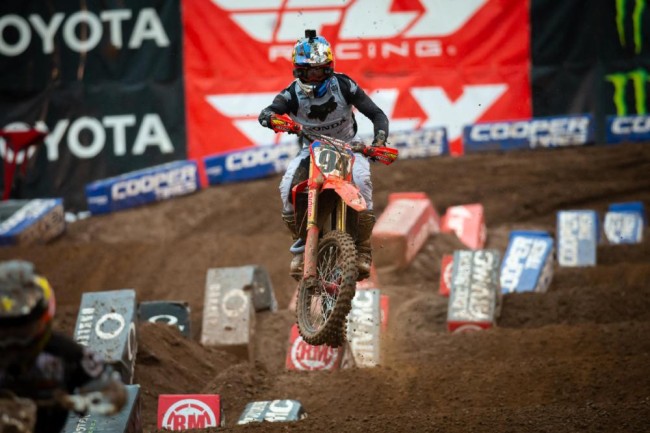 Ricky Carmichael gave his analysis  on round 13 of the supercross series at Salt Lake City saying Roczen is now virtually out of the championship.

“I think his championship hopes are done,” said RC bluntly. “I didn’t even know he had a problem until he made that post, but definitely, when we were here last Wednesday you could just see something had happened, which was surprising because he was pretty good at the first race when it was hot. It has unravelled in the last two races. If he finds something I think Cooper Webb probably has a really good shot at passing him for second.