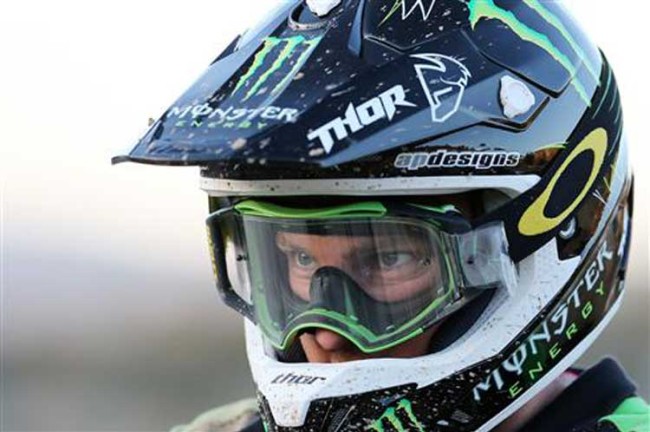 South African Tyla Rattray will enter its first race of the season this weekend in Valence (France), home of a pre season International event. Two weeks prior the opening Grand Prix in Qatar, Tyla will race against some of his main contenders in the MXGP World Championship.

Coming back racing in Europe last season after five seasons with Kawasaki in the USA, Tyla had a tough season due to several injuries that forced him to miss half of the races. But the 2008 MX2 World Champion never gave up, and joined the Kawasaki Racing Team last winter for his second MXGP campaign. “Everything has been going good, I’ve been on tracks regularly and I haven’t missed one day training. Everything has been going awesome, we’ve done a lot of testing and riding in Europe and in the USA, as we had the chance to practice in California; Kawasaki helped us a lot over there and I’m looking forward racing now!” explained the likeable South African who spent a lot of time with his new team.

“It’s been great working with KRT, everyone in the team is really professional and they prove that they can win GP’s. They miss a World title so far, but with Ryan coming over there everything is possible to get the title, which is very important for Kawasaki. It’s good for me to be there with Ryan, riding together was really good as he’s probably the best guy to judge your speed as he won so many races in his career. We spent some good time together, we’ve been working hard, practicing a lot on the bikes and doing physical training. It’s incredible the stuff that Ryan did on a motorcycle; he helped me in some areas, I helped him in some others, that was great. It will be an exciting season for sure,” continues Tyla who is a long time friend of Ryan Villopoto. Both spend many weeks together to prepare the new season, but will be rivals on the track. “You have to respect the competitors on the track, and for sure we’ll do it. The goal is that a Kawasaki is in front; he will win, I will win, and it’s definitively going to be an exciting season. We spent a long time on the 450 and after this bad season last year I’m looking to have some good results. KRT has been working hard with Kawasaki in Japan, with KHC in the States, we have a very good package, we put a lot of hours on the bike and it’s time now to go racing” ended an enthusiastic Tyla.