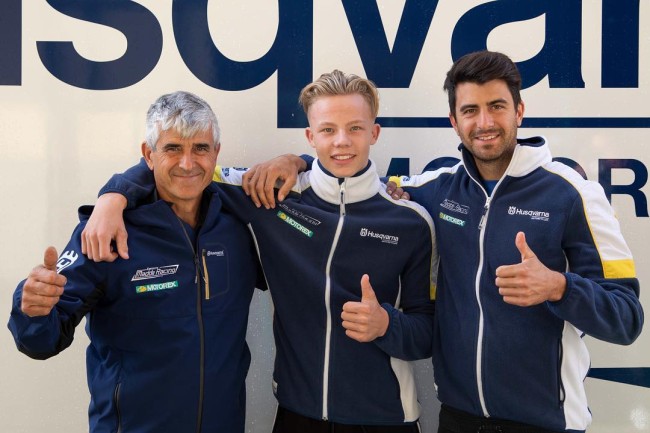 Young Dutch rider, Raf Meuwissen will move up to the 250cc next year and has inked a deal with the Maddii Husqvarna Racing team.

The young Dutch rider showed some good things in the EMX125 class this year as he finished tenth in the championship. Meuwissen was one of the biggest riders in the class though so the move to the 250cc is coming at the perfect time.

As well as competing in the EMX250 championship, Meuwissen will race the Italian championship and the Dutch Masters of Motocross so it’s going to be a busy year for him.

The Maddii Husqvarna team have already confirmed Alberto Forato and Mattia Guadagnini for the 2019 season in what’s a strong rider line up.

Raf Meuwissen: “I’m happy to begin a new adventure with a new team in Italy, it’s a good change for me to improve myself on the bike and its good to work with Marco and Corrado.  They have a lot of experience over the years, I can’t wait to get started.”