Racestore to run two teams in 2021 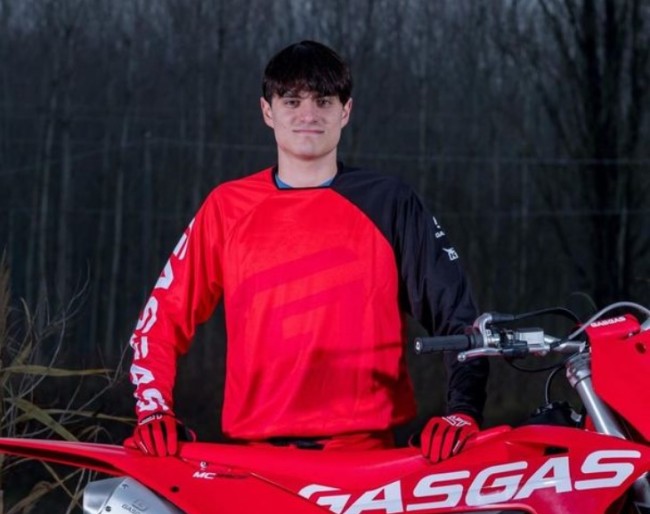 The Racestore KTM have decided to go bigger for the 2021 season as they’ll be running two teams in the paddock – a KTM team and a GasGas team. As Racestore is one of the biggest dealers in Italy and they sell both manufactures they’ve decided to run two teams in 2021.

Jan Pancar will be staying with the Racestore KTM team to contest the MX2 World Championship in 2021. The Slovenian improved a lot this year and will hope to make another big step next year.

Joining the Racestore GasGas team will be Andrea Roncoli who had some impressive results in the EMX125 class this year. The Italian will move up to the EMX250 series next year in what will be his rookie season.

Kiara Fontanesi recently announced she’ll make the switch to GasGas and she’ll be under the Racestore GasGas awning as she hopes to win another WMX title!

Jan Pancar (Racestore KTM): “The 2020 season went good, from the beginning I was expecting results like the end of the season but the first two races were really bad. The pause in the season because of COVID-19 really helped me because I could focus on the bad things I was doing at the beginning of the season and improve them. When we came back the results were much better and even in Faenza I was eighth overall and the goal was for the top ten so I was happy with it. I had a lot of top fifteen race results so I was happy with the season. We will stay another year together with Racestore KTM, we work good together so I didn’t want to switch teams, I hope we work together as good as this year”.

“The expectations is to ride all the races consistently in the top ten and if it is possible then the top five. I know a lot of good rides will step up to MX2 next year so I know it’s going to be hard but I have a new physical trainer, we are working really hard and I’ve never worked this hard before. If the whole season goes like this I think we can ride top ten. I would like to thank my team KTM Racestore, TEM Čatež, Akrapovic, Vulkanizerstvo Vovk Boštjan and Zavarovalnica Triglav, Transport Nastran and Transport Rok Miklič”.

Andrea Roncoli (Racestore GasGas): “With the bike I feel very good, I used it for 2 days and is really perfect, with the semi-official suspensions I feel great, and for me to sign with such an important team is really a privilege and I will try to give my best as always.

For 2021 I would like to be able to do good results in the EMX250 and try to have fun. I want to thank all my family who made immense sacrifices to make me pursue my dream and I thank all the team for believing in me, my coach and all my sponsors –  thank you so much to everyone.

Paolo Mencacci (Racestore – team owner):“With Racestore being double showroom with KTM and GasGas, next year we will have a double team. One team being the GasGas Racestore UFO Plast team that will have Kiara Fontanesi (WMX) and Andrea Roncoli under the tent for the EMX250 series. The KTM Racestore team will have Jan Pancar under the awning in the MX2 world championship. It is double the commitment for us but we have a great desire to do well.