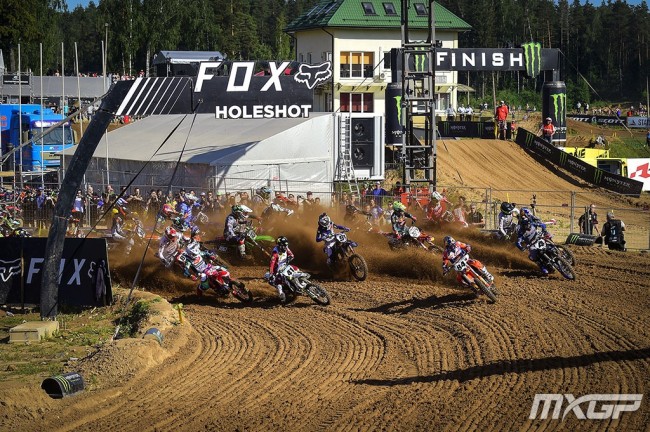 There was plenty of drama before the first MXGP moto even started as Jeffrey Herlings crashed on the warm up lap and Jasikonis was left nowhere to go and ran over the Dutch riders previously injured foot.

Cairoli who’s ill got the holeshot before Arnaud Tonus made a move and Herlings quickly followed.

Tonus held the race lead until two laps to go when Herlings found his way past. Herlings admitted after the race that he was riding in a lot of pain after his crash in the warm up lap but he still put everything on the table for the race win.

Cairoli battled to third and an out of sorts Gajser could only manage sixth.

Herlings didn’t ride in the second moto after he revealed he broke his ankle.

There was more drama in moto two as Cairoli crashed and was left holding his collarbone. Gajser bounced back from a tough first moto to win the second moto and clinch the overall.