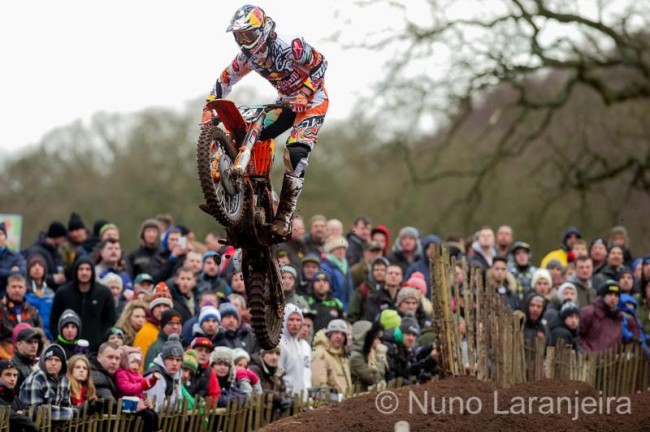 All the results from MXGP and MX2 can be found here.

Jeffrey Herlings took the win after a brief battle with Jeremy Seewer who took the holeshot. Herlings soon got by though and controlled the race from Jonass, as Max Anstie climbed to fourth but was unable to find a way past the impressive Seewer for third. Davy Pootjes and Jorge Zaragoza collided on the downhill triple resulting in a DNF for both while but thankfully both walked away. Conrad Mewse finished 20th in his MX2 debut.

It was carnage already in MXGP before the first corner as the two fastest qualifiers, Bobby and Searle collieded and ended up in a heap on the floor. Searle got back on only to crash again and finish 24th but Bobryshev wasn’t able to get back on the bike. Meanwhile Cairoli led the race only for Tim Gajser to snatch the win away from the Italian with three laps to go. Febvre came from a bad start to fifth with Strjbos fourth and Van Horebeek fifth.