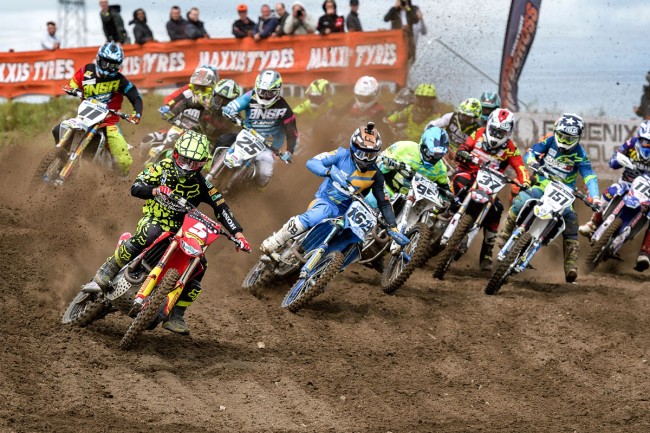 It was another great day for Graeme Irwin as he won both moto’s during the final round of the MX Nationals series. It means he successfully defended the title he won during 2016.

Martin Barr made it a Buildbase Honda 1-2 as he finished second overall. Banks-Browne impressed as he nearly beat Irwin to the line, only 0.120 of a second was in it. The Geartec Husqvarna rider ended up third in the second moto for third overall. The second moto was red flagged after a rider took a big crash, hopefully the rider is okay.

In the MX2 class it was a good day for Josh Spinks as he won the overall but it was an even better day for Mel Pocock as he clinched the MX2 title. Lewis Tombs also had a good day ending up third overall just edging out Micky Eccless for the last step on the podium.

In the Expert MX2 class it was a superb display from Glenn McCormick as he took a clean sweep of moto victories and won the championship ahead of Jake Sheridan.