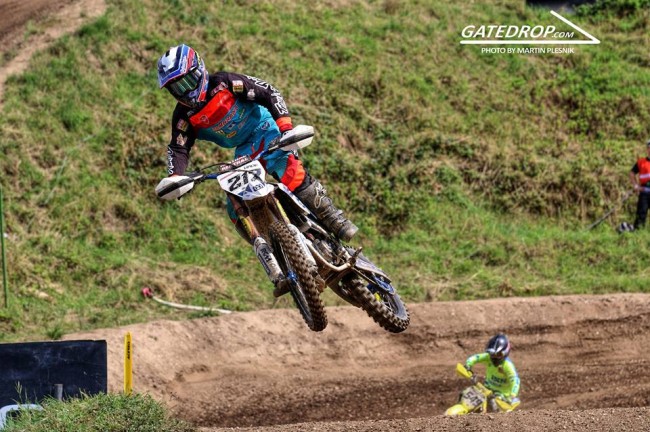 Gianluca Facchetti won the first 125cc moto of the day as he edged out Mikkel Haarup and Brian Moreau as they were separated by less than ten seconds.

Facchetti did the same in moto two but this time it was Kevin Horgmo he had to fend off the challenge from. Facchietti went 1-1 to clinch the Junior World Championship title.

In the 85cc class, talented Brit, Eddie Jaywade got his day off to the perfect start by winning the first moto. Swede, Noel Nilsson kept him honest but couldn’t get close enough to the Brit.

Jaywade made it the perfect day as he won the second moto and is the new 85cc World Champion. The British youngster could be one to keep an eye on in the future.

After missing out on the EMX65 title in Loket, Van Erp made no mistake this weekend and won both moto’s to win the world title. The EMX65 champion, Mads Fredsoe couldn’t make it a clean sweep this year so had to be happy with second in the World Championship.