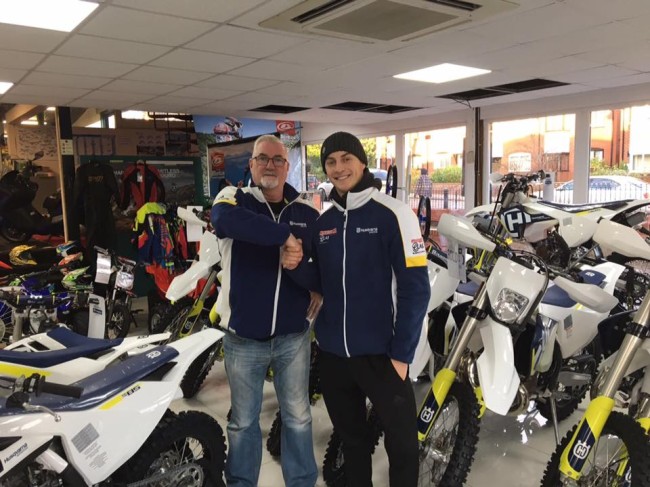 During qualifying Michael Eccles was quickest in the MX2 class going over a second quicker than anyone else! Behind Eccless were the two Hitachi KTM UK team mates of Josiah Natzke and new signing Todd Kellett. Dylan Woodcock put in a superb lap to go fourth quickest ahead of Martin Barr. Ben Watson only managed the seventh quickest time but will be hoping for better during the moto’s.

In the first MX2 race of the day it was Josiah Natzke who brought his Hitachi KTM UK machine across the line for twenty-five championship points. Mel Pocock and Lewis Tombs had their best rides of the year to finish second and third respectively.

Martin Barr finished in sixth ahead of Ben Watson who has the championship lead.  Micky Eccles who put the quickest lap in during qualifying was ninth. Glenn McCormick impressed as he ended up thirteenth, hopefully he can break into the top ten soon!

In the second MX2 moto it was a Hitachi KTM UK 1-2 but this time it was Todd Kellett with the win. The second moto win give him the overall! It’s a great way to start his career with the new team. Ben Watson made Kellett push all the way as there was less than a second in it at the line.

Martin Barr got a disastrous start outside the top fifteen but rode great to get back up to third. Race one winner, Josiah Natzke could only manage ninth in the second moto. Glenn McCormick put in another strong ride for fourteenth.

In MX1, Elliot Banks-Browne put in the quickest lap to build on his recent good form. He just edged out Graeme Irwin and Ryan Houghton put in his best qualifying of the year on his JK Yamaha for third.

In the first MX1 moto, Graeme Irwin took the race win ahead of Brad Anderson who continues to impress despite the fact he’s not one of the youngest riders in the class! Unfortunately, Banks-Browne who had been riding well coming into this event got knocked out during the first moto so was ruled out for the rest of the day.

In the second moto, Graeme Irwin won yet again to clinch fifty championship points. He is now looking odds on to wrap up the title. Gert Krestinov improved in moto two to clinch second ahead of Brad Anderson and Ryan Houghton.

In the British Two Stroke class it was a super day for James Dunn as he went 1-1 to claim fifty championship points. He is starting to come on strong after deciding to return to racing earlier this year.