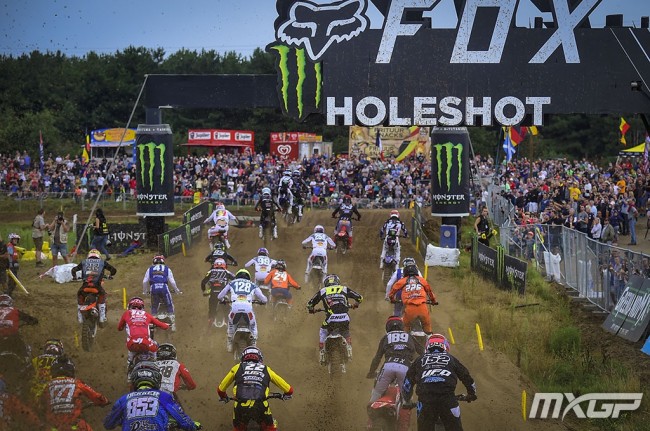 Rough track: A bit less track levelling over night kept Lommel rough for Sunday morning and it was amazing to watch the best hop, skip and jump their way over the bumps. That’s what sand racing is all about!

Unknown in MXGP: Usually at a deep sand GP Jeffrey Herlings and Tony Cairoli run away with it but with both injured this year, a huge opportunity arose for a new winner. It seemed everyone had the same idea with Jasikonis quickest in practice, Anstie winning the qualifier and race two and Febvre winning a rare moto in the sand! But at the end of it all, Tim Gajser won again with a 2-2 in a strange twist of unpredictability somehow still generating the predictable – but it was his first ever win at Lommel!

Home fans and their home hero: One of the great things about the world championship is having a home GP and having the whole crowd on the home rider’s side as they essentially represent their countrymen on the track. Jago Geerts got the benefit of that support this weekend and he did his bit with a stunning last to second ride in race one before a heart-breaking DNF while second in race two ruled out a podium on home turf. But the Belgian fans and Geerts won’t ever forget that first moto, it was a Grand Prix motocross experience at its best.

Jason Thomas on commentary: It’s always good to have a prominent US media member at a Grand Prix event. Racer X and Fly racing’s Jason Thomas gave his knowledgable and article opinions on the races and riders alongside the voice of MXGP, Paul Malin, making a great informative duo for the TV watchers. Thomas was left in awe of Jorge Prado’s technique and felt Lommel was the toughest motocross race out there. Perhaps the pair could commentate together more often!